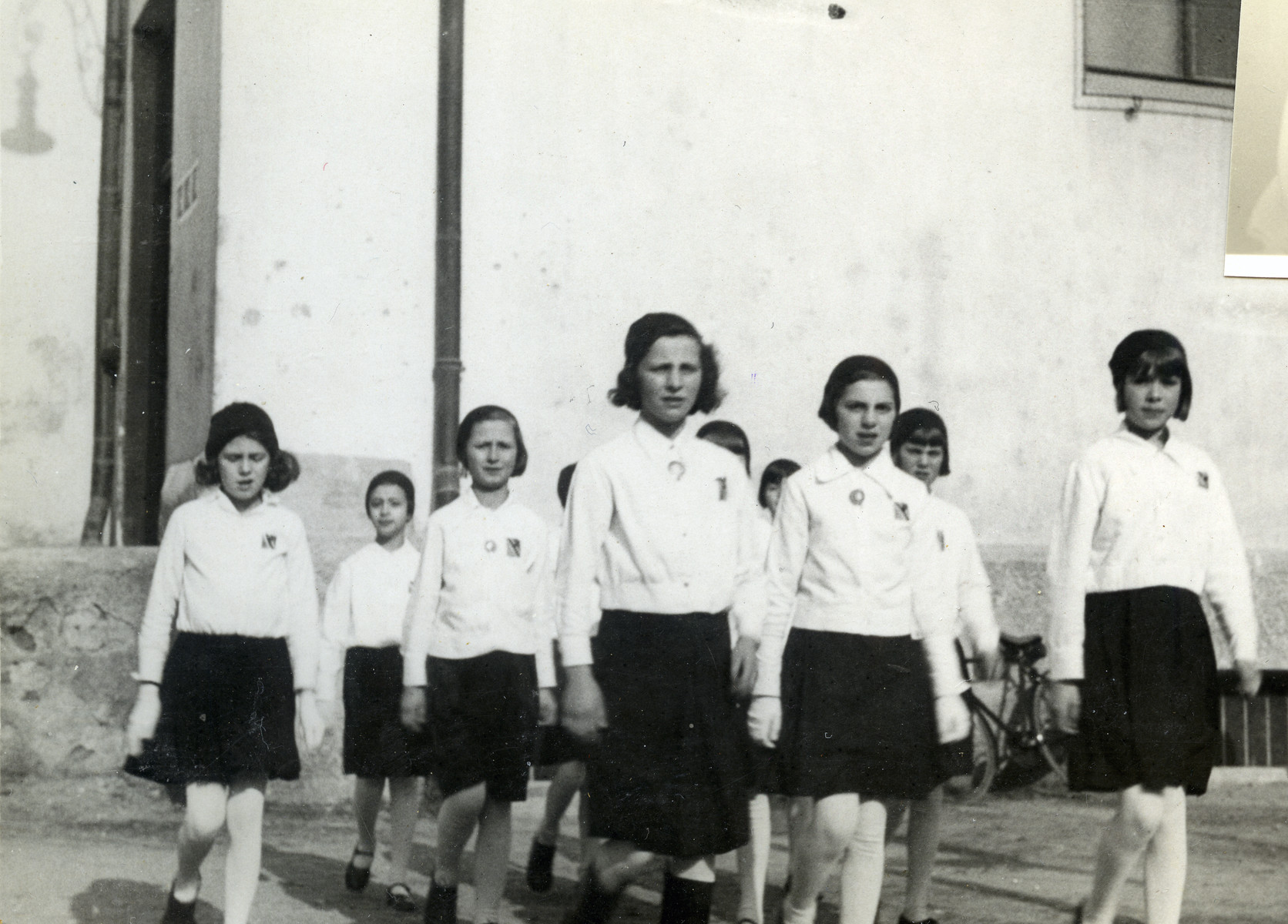 Among those pictured is Anna Kohn. Membership in the organization was obligatory at that time, even for Jews.