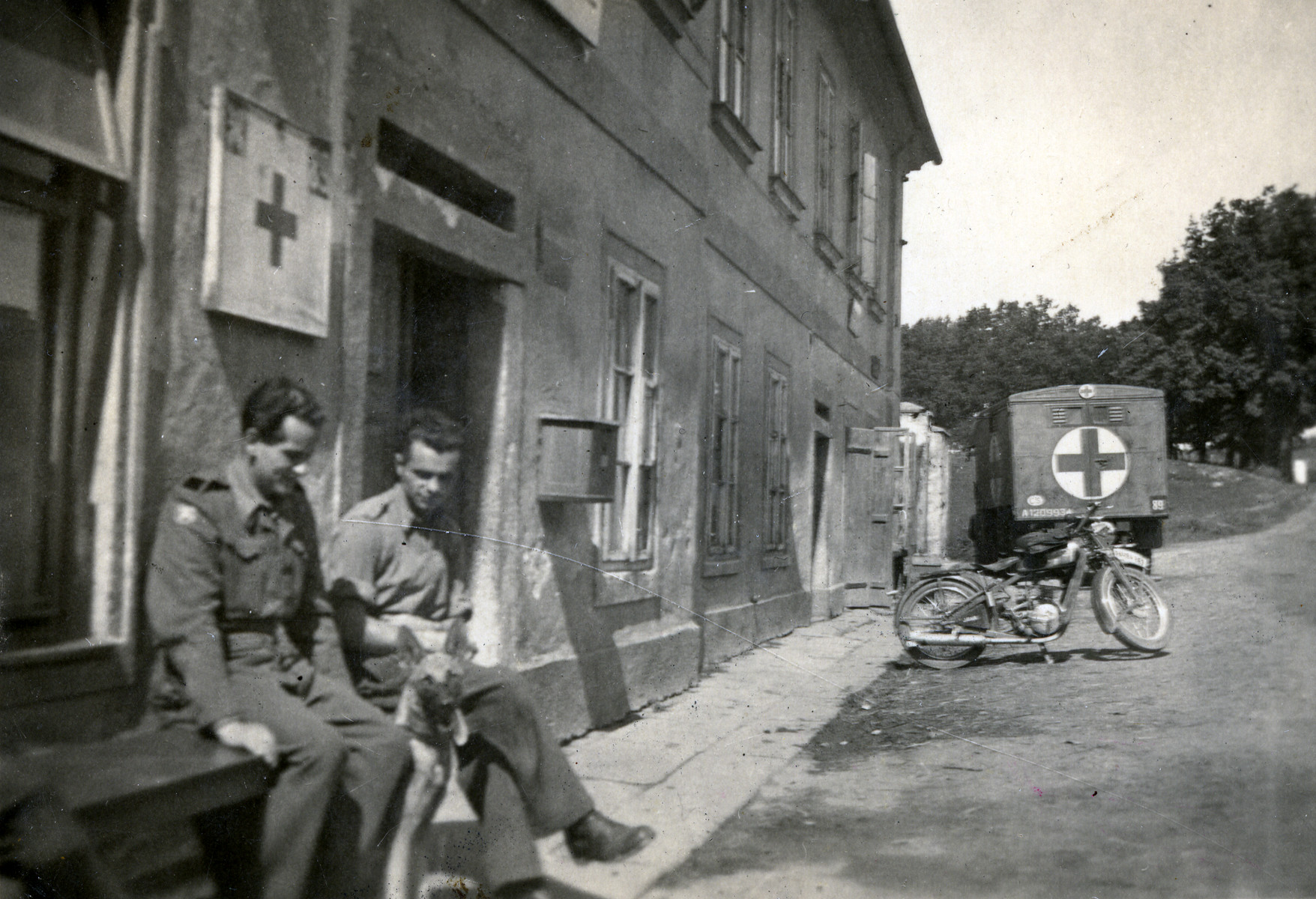 On the left is Zoltan Yakubovich wearing his Jewish Brigade uniform.