Isaak Krzywanowski sits on a porch with his wife and children. 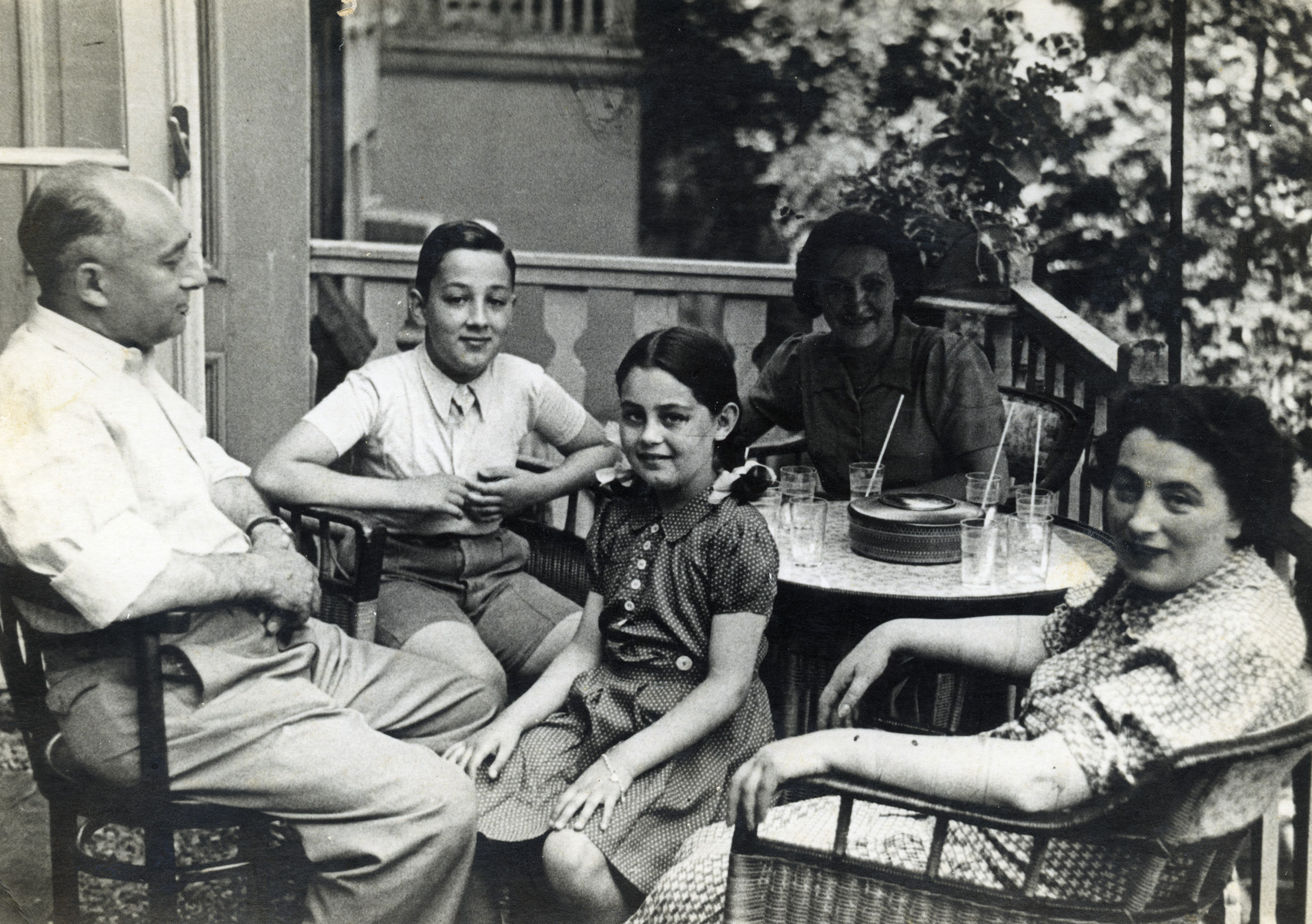 Isaak Krzywanowski sits on a porch with his wife and children.

From left to right are Isaak, Jacob, Rebecca and Sara Krzywanowsk. Seated in the background is Isaak's sister, Bronia Krzywanowski. She was born in Plonsk, Poland in 1902 and survived the war in hiding in Amsterdam. In 1949, she immigrated to Israel, and settled in Tel Aviv.

Biography
Menachem Mendel Krzywanowski was born on May 22, 1949 in Amsterdam, to parents Yitzhak (Isaak) Krzywanowski (b. 1897, Plonsk) and Hanna Kotowski (b. July 2, 1917 in Skulsk, Poland). Yitzhak emigrated from Poland to Holland in 1925 with his father, Menachem Mendel, and his three siblings, Hersz, Mordechai Elazar, and Bronia. There, they established a leather products factory. Yitzhak married Sara Frandlich (b. March 28, 1902 in Lublin), and they had two children: Jacob (Jacques, b. September 21, 1929) and Rebecca (Rivka, b. July 31, 1932), both born in Amsterdam. Germany invaded Holland in May 1940 and began deporting Dutch Jews two years later. To avoid deportation, Isaak tried to escape with his family on a convoy leaving for Spain, but the train was stopped on French territory, and everyone was taken off. They were separated, and never saw each other again. Isaak was arrested in Chalons and taken to the Drancy transit camp, then sent on transport 24 to Auschwitz on August 26, 1942. He was later transferred to St. Annaberg (3/26/42 ITS) and then to Peiskretscham, Poland (September 1942). After liberation he returned to Holland via Odessa and learned that none of his family had survived. His father had been taken to Westerbork and then deported to Auschwitz, where he was killed in April 1943. His brother Hersz was murdered in Auschwitz.

In 1946 Yitzhak met Hanna Kotowski, an actress who had survived the war in hiding with false papers. They married on October 12, 1947 in Amsterdam. The Dutch government returned the Krzywanowski family leather factory building to Isaak, but all of the expensive machinery was gone, and he could not afford to recreate his business. He went to work with his brother-in-law Anton Piotrowski. In 1953 the family relocated to Uruguay, where Yitzhak opened a delicatessen shop. He died in Montevideo in 1962. The following year, Menachem and his widowed mother immigrated to Israel. Menachem finished high school and went to the army. Afterwards his travels took him back to South America where he met his future wife, who was originally from Italy. Menachem became a multilingual tourist guide, and his wife was for many years a guide at the Museum of the Jewish Diaspora in Tel Aviv.