Jews in the Kovno ghetto are boarded onto trucks during a deportation action to either a work camp near Kovno or Estonia. 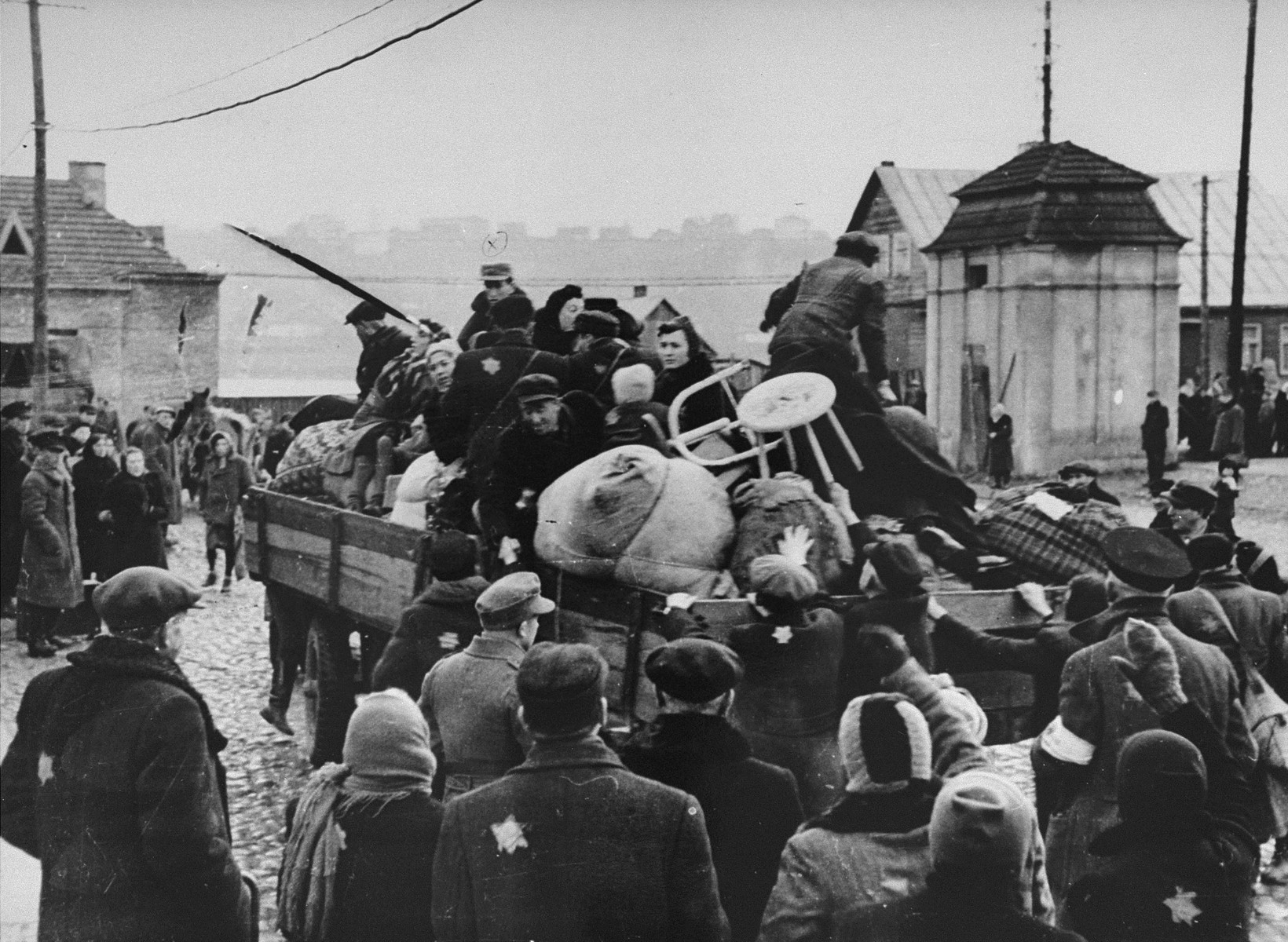 Jews in the Kovno ghetto are boarded onto trucks during a deportation action to either a work camp near Kovno or Estonia.

These Jews were sent to the Koramei concentration camp in Estonia. Among those pictured on the truck are Moishe Fishel, Chana, Jankel, Esther and Chaim Miszelski; and Eli, Sima and Boris Rochelson.