Studio portrait of Perla and Felix Nahmani with their three oldest daughters Diamante, Aimee and Reine. 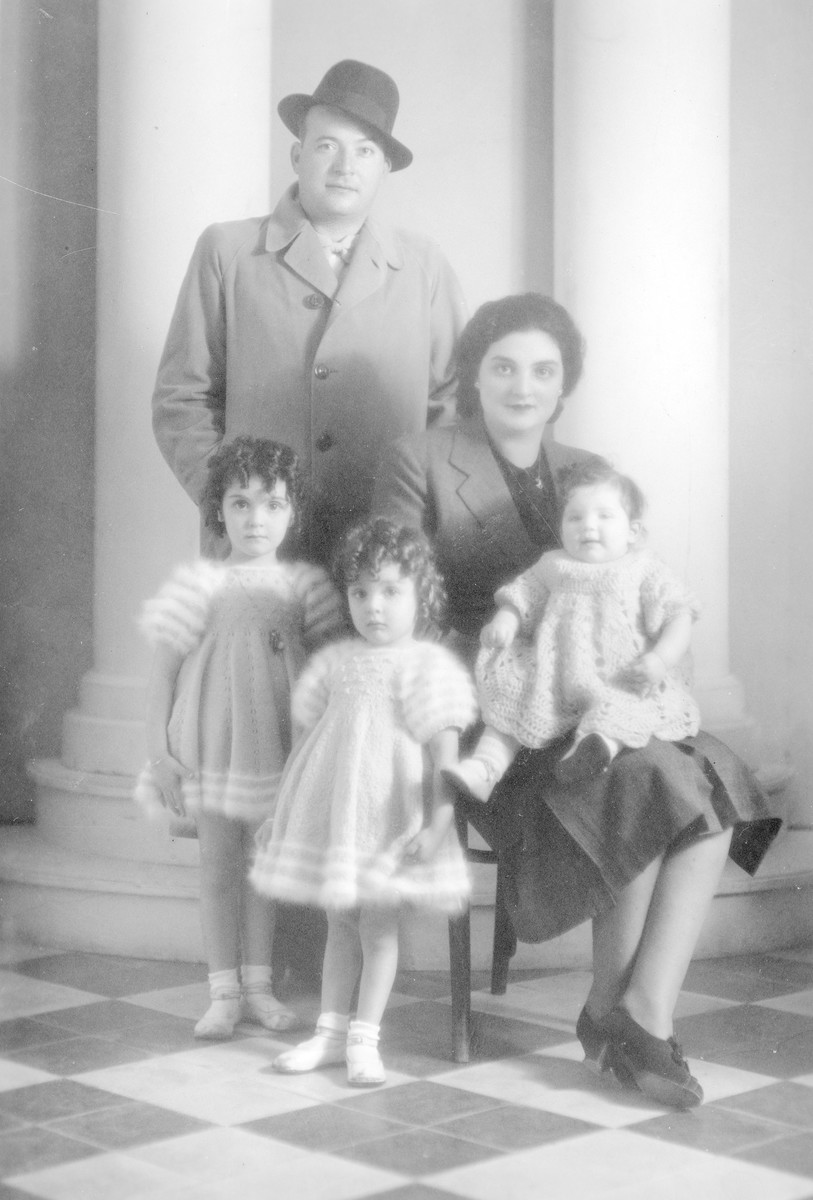 Studio portrait of Perla and Felix Nahmani with their three oldest daughters Diamante, Aimee and Reine.

Biography
Myriam Nahmani is the daughter of Felix and Perla Nahmani. Felix was born on March 5, 1905 in Smyrna, Turkey. His parents divorced when he was only a year old, and he was raised by his paternal aunt, Victoire Mishka in Egypt. At the time, Egypt was a British protectorate, so Felix learned English and classical, literary Arabic. In 1930, Felix and two cousins left Egypt to set-up a clothing and fabric business in the north of the island of Corsica. The local population had never before seen ready-to-wear apparel. Riding a mule, he peddled his wares all over Northern Corsica, getting to know every nook and cranny and far-off mountain hamlet.

Myriam’s maternal grandmother, Rosa Allonne, was originally from Mellila, the Spanish enclave in Morocco. She and her husband moved to Brazil in the early part of the twentieth century and established a leather hand-bag factory in Sao Paolo. Myriam’s mother, Perla, was born in Brazil, but at some point after the family immigrated to Corsica where she met and married Felix. Perla gave birth to a child every year and eventually had nine daughters and one son.
The family was part of the small Jewish community of Corsica and observed Shabbat and the Jewish holidays. The family was prosperous, and Felix was very philanthropic. He clothed all the girls at the local Catholic school and helped out the local priest.

After the Italians took over control over the island from the Vichy authorities, the Jewish men were rounded up and placed in a camp called Asco. About 60 or so men were interned in the camp, but the Italian soldiers were very lenient and allowed Felix to leave the camp. His wife brought him food and other necessities. In 1943, the Nahmani family took refuge in the town of Scata, where they stayed until 1945. Myriam was born in the town of Scata in August, 1943. Her older sisters attended school there. The local population did not denounce them to the authorities.

After hearing that the Germans were going to take over from the Italians, Felix decided to go into hiding. His cousin lived in Asco and he made contact with someone he knew in the town of Castifao. A woman named Zia Maria had a large house there, with a cellar. The home was requisitioned by the Italians as a post-office, so Zia Maria was apprised of everything that was going on. Felix stayed there for about a month (from September 8th to October, 1943) until the island was liberated by the French under General Giraud, with support from the Corsican maquis and the complicity of the Italian army of occupation.

Myriam said that her father never spoke about what happened, but many years later one of Zia Maria’s relatives came to her father’s store to purchase outfits for his wedding party. When Felix saw the name on the check, he tore it up and said that the young man could come to his store as often as he liked and chose whatever he liked without charge because of how grateful he was to Zia Maria. Felix died in 1980, at the age of 75. Felix and Perla are buried at the Jewish cemetery in Corsica.