Jewish detainees on the island of Cyprus march in protest of British policies restricting their immigration to Palestine. 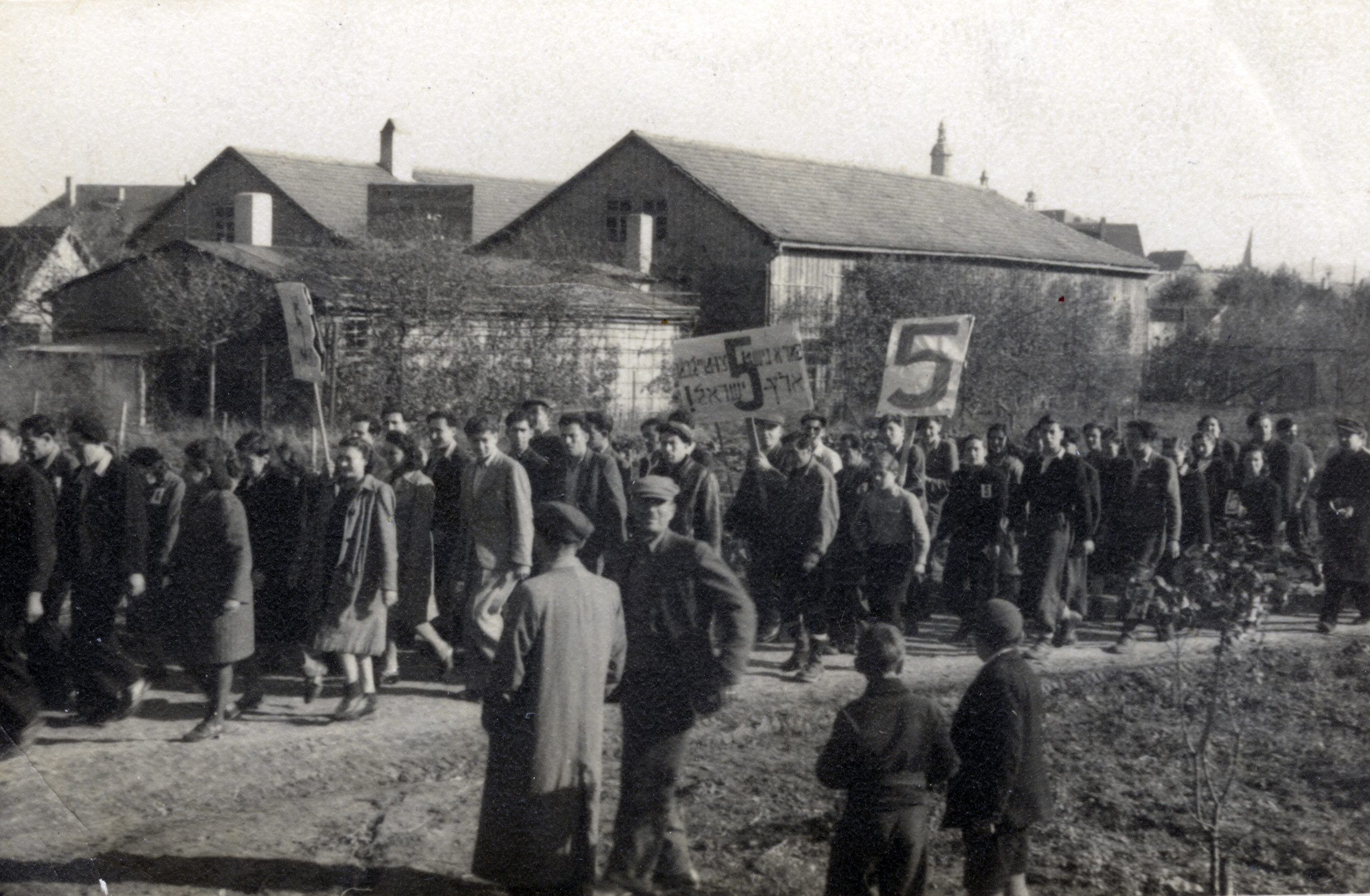 Jewish detainees on the island of Cyprus march in protest of British policies restricting their immigration to Palestine.

Biography
Joseph Fruchter was born on March 3, 1928 in Viseu de Sus, Romania to parents Naphtali (b. Viseu) and Sasi (nee Fixler, b. Khust, Czechoslovakia). He had a brother, Zalman (b. 1924 in Viseu) and a sister, Rivka (b. 1929, Viseu). Their family was Orthodox, and Napthali worked as a merchant.

In 1943 Joseph moved to Budapest to learn a profession, but returned home in 1944 when the German army entered the city. On March 28, 1944, Joseph and his family were sent to the ghetto in Viseu de Sus where they remained until they were deported to Auschwitz in June. While in Auschwitz, Joseph worked in the agricultural fields with a group of other young people from his city. In January 1945, this group was sent to Buchenwald, and then to Roehmsdorf, and finally on a death march to Terezin. Joseph was liberated by the Russian army, who took him to a hospital. When he had regained his health, he made his way to Soriano Nel Cimino in central Italy.

In 1947, he made Aliyah to Palestine on a ship named the Af-Al-Pi-Chen ("Despite it all"), which was intercepted by the British. He was sent to Cyprus, where he spent three months before being able to reach Palestine. He first went to Atlit, then for agricultural training at Kibbutz Ein Harod. In 1949, he left to become one of the founders of Kibbutz Parod, where he has lived since. He has two daughters and several grandchildren. His brother Zalman survived Auschwitz. His sister Rivka was sent to Bergen Belsen, where she died of typhus.