A group of men play cards in the Gabersee displaced persons camp. 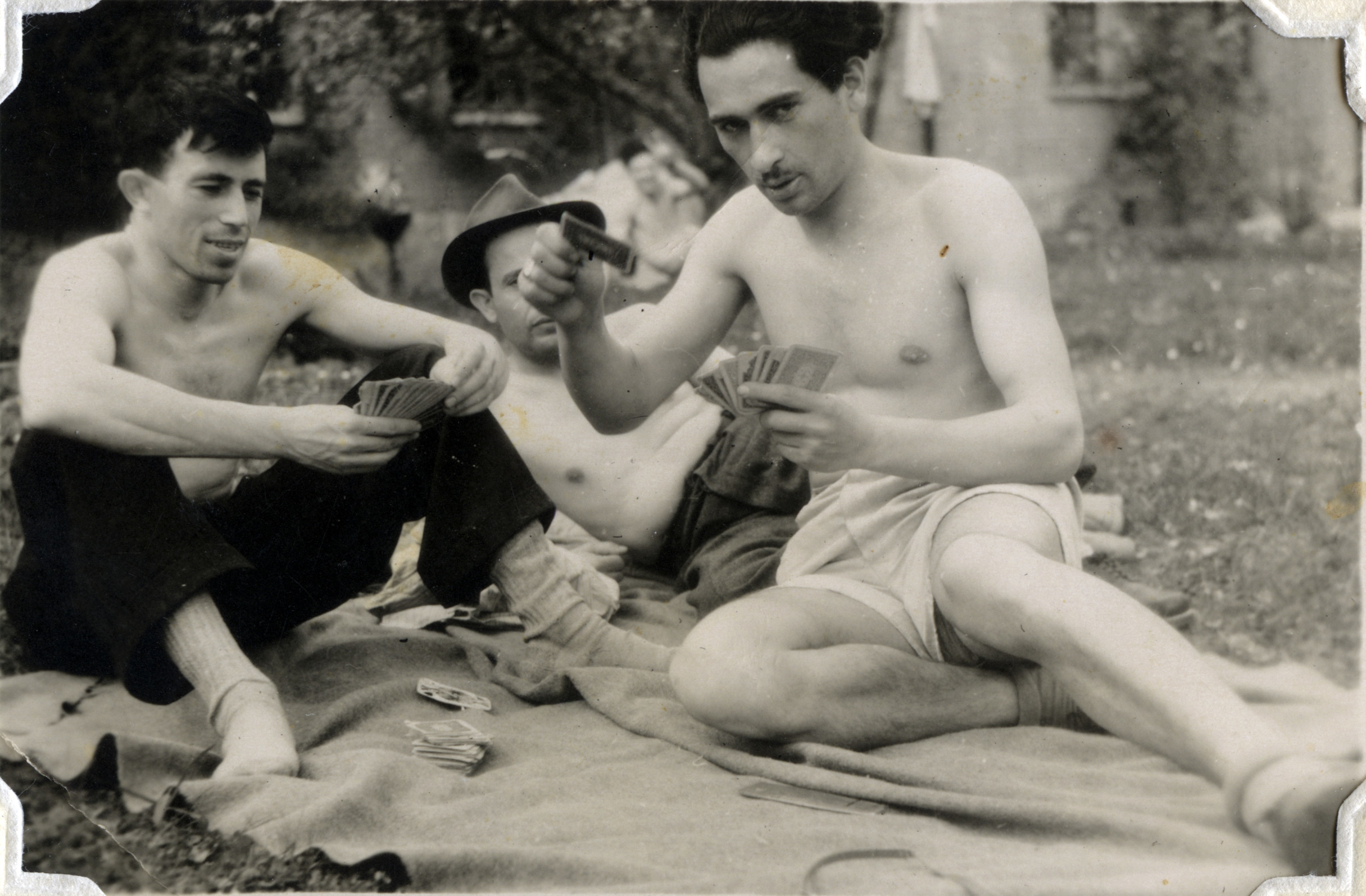 A group of men play cards in the Gabersee displaced persons camp.

Among those pictured is David Perl (far right).

Biography
David (Hersh Duvid) Perl was born November 3, 1922 in Solotvina, Czechoslovakia), the son of Menachem Perl and Rahel Golda Beck. He had seven siblings: Chaya Ita, Rivka, Nissel Susya, Alexander (Sender), Nachum, and Chana. He married and had a child before the start of the war. Around 1942, David was sent to forced labor in Hungary, possibly in a salt mine. When he was captured by the Russian army, he volunteered to join them. While he was serving, his wife and child were sent to Auschwitz, where they were killed. David remained with the army until the end of the war. Of his siblings, only Rivka , Alexander, and Chana survived. His brother Nahum was sent to the coal mines to work in Komaron. Later, he went to Budapest and infiltrated the Nazi party as a member of the Jewish underground, but his Jewish identity was discovered and he was drowned in the Danube River.

On February 16, 1946, David married Bella Scheiner inTeplice Shanhou, Czechoslovakia. They travelled to the Gabersee displaced persons camp, where their daughter Rachel was born on March 24, 1947. After nearly three years in Gabersee, they immigrated to the United States and settled in New York, where their last name was changed to Pearl. After working as a watchmaker and salesman, David opened his own home improvement store, called P+Z. They had two more children, Lawrence and Menachem.