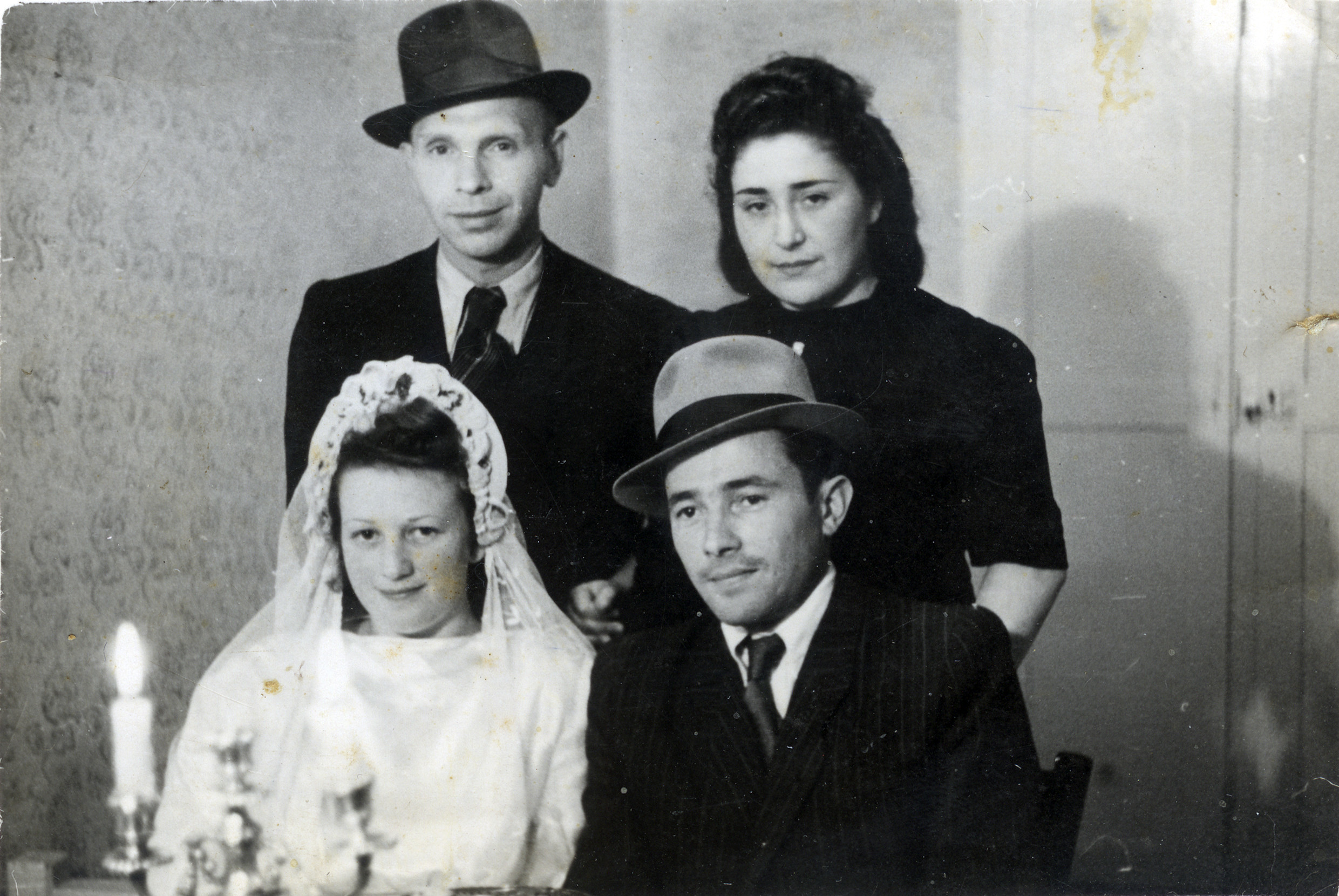 Biography
Shulamit Danishevski was born on May 30, 1922 in Oszmiana, Poland [now Ashmyany, Belarus]). She was the daughter of Chaya Trager (b. 1893) and Nechemia Danishevski, and had five siblings, also born in Oszmiana: Yehuda Idel (b. 1914), Baruch, Luba (b. 1916), Slava (b. 1918), and Masha (b. 1920). During WWII, the town of Oszmiana was under Soviet control until 1941, when the German occupation began. On July 25, 1941 the Nazi occupiers assembled all the men of the town in the market, took them to Bartel [?], and executed them. Shulamit’s brothers, Yehuda and Baruch, were among those killed. On October 2, 1941, the rest of the family was forced to move into the ghetto. While there, Shulamit worked on the railroad tracks, on the construction of a road to the airport, and digging ditches. In 1944 she was sent with her mother and sisters, Slava and Masha, to the Stutthof concentration camp, where her mother died. Her sister, Luba, was sent to Auschwitz with her 3-year old son, where they perished.

At the end of the war, Shulamit, Slava, and Masha were sent on a death march. They survived, and after the war’s end made their way to the Dachau displaced persons camp in Germany. There, Shulamit met Yehoshua Gold, a survivor from Borowa, Poland. They were married in the D.P camp on April 5, 1947. Later, they immigrated to Israel, where their daughter Hana was born. Shulamit died in 1987 in Israel.