Fanny Marcus relaxes in bed in the Montana refugee camp in Switzerland. 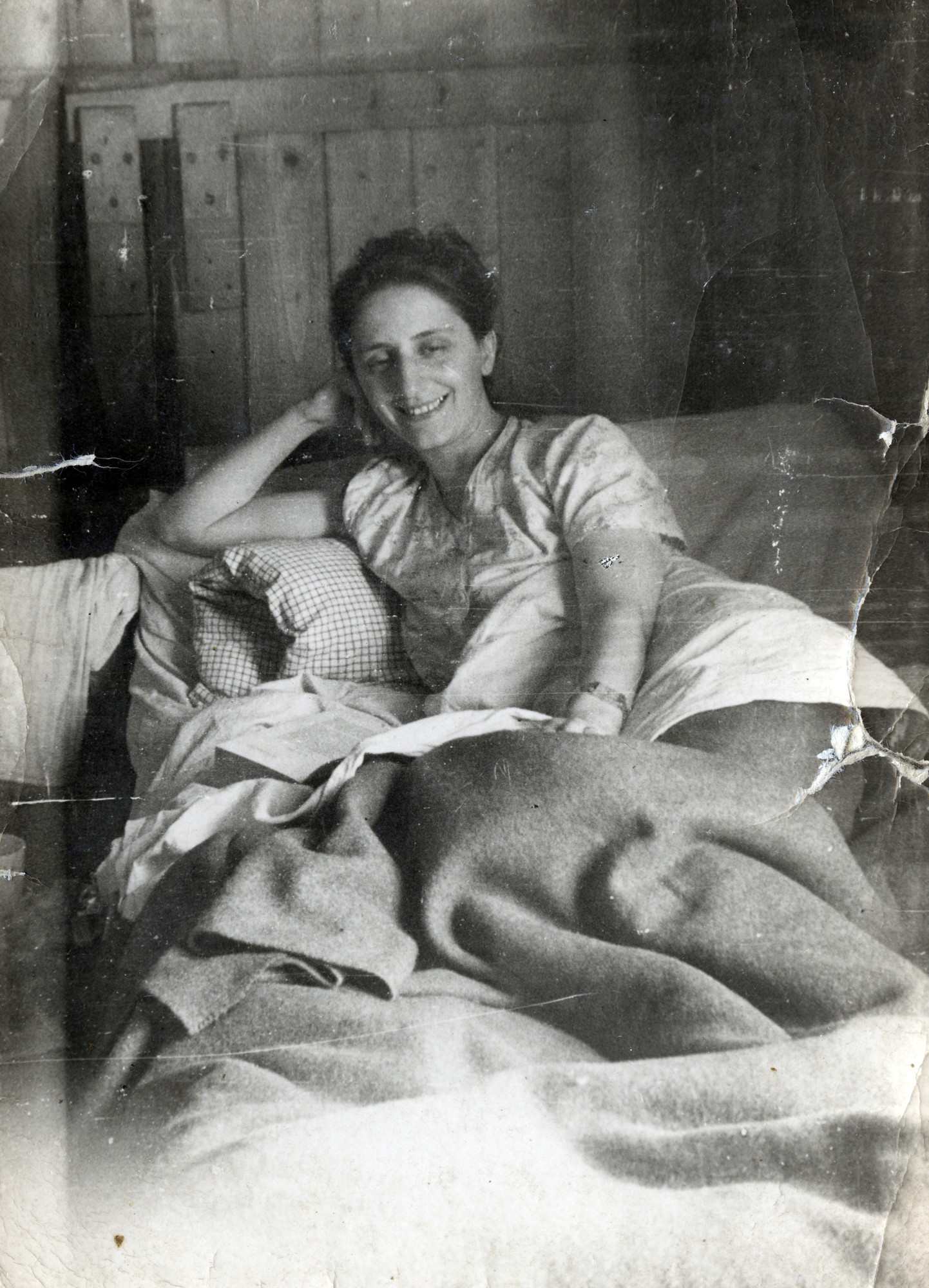 Fanny Marcus relaxes in bed in the Montana refugee camp in Switzerland.

Biography
Norbert (later Ofer) Weisz was born on April 21, 1944 in Sierre, Switzerland to parents Simon Weisz (b. July 4, 1905 in Munkacs, Czechoslovakia) and Fanny Markus (b. August 8, 1907 in Bukovina, Romania). Fanny was the daughter of Nachum Markus (b. March 19, 1866) and Berthe Henriette (nee Gingold) Markus (b. May 5, 1882). Nachum was in the fur business and moved the family to Vienna in the late 1920s. Both Fanny and her brother Bruno studied medicine. Before Fanny was able to complete her studies, both her parents died. She was forced to go to work, and found a job in the paper business. When her employer moved to Antwerp and offered her a job there, she decided to relocate as well, hoping that she might be able to pass her medical exams there.

In Antwerp, Fanny met Simon Weisz, who was then working as an electrician for the Philips Company. Simon was one of the first people to work in electronics in Belgium, and later opened his own business on Pelikanstraat. They married in 1930, and had two children before the start of the war, Marcel (b. October 10, 1933 in Antwerp) and Berthe Henriette (b. September 26, 1936 in Antwerp).

In May 1940, Germany invaded Belgium. Although the Gestapo set up its offices four door away from Simon’s business, he was able to continue running it for a time. The Germans in fact frequented his shop and bought a large amount of supplies from him. Simon and Fanny’s third child, Henri (Herman), was born during the occupation, on December 11, 1941.

Around 1944, an SS Captain at the nearby Gestapo headquarters warned Simon to “take his riches and leave” before it was too late. Simon first had to travel to Brussels to pick up his mother Gitel and younger brother Abraham. On his return to Antwerp he loaded the car and left for the Swiss border with his mother, his wife Fanny, and the three children. At the border, they hired a smuggler to take them across, but they were apprehended and separated. Simon was placed in the Nussbaum labor camp [?], Fanny was sent to a refugee camp near Montana, Switzerland, and the children were all placed in separate Swiss orphanages. Fanny gave birth to their fourth child, Norbert, on April 21, 1944 in nearby Sierre, Switzerland, and Norbert was allowed to stay with her. Simon was able to keep in contact with his family periodically, as his skills as an electrician were so useful that he could travel between camps on jobs.

After the war, the family was reunited. Fanny learned that her brother Bruno had survived. They returned to Belgium hoping to reclaim their apartment, but found it occupied. They had to sue to regain ownership, and won in the courts only after a two-year legal battle. Simon returned to work in his field.

In 1965, Norbert immigrated to Israel. He lived on a kibbutz, and it was there that he met his future wife, Miriam Graubart. He moved to Belgium in 1968 to finish his degree in electronic engineering, and then returned to Israel, where he married Miriam in 1970. At the age of 40, he completed his doctorate in biomedical engineering. He and Miriam have three daughters, Lilach, Tal, and Hila.