The charred corpses of Rabbi Shmukliarski, his wife and son on a makeshift stretcher after the razing of the Kovno ghetto. 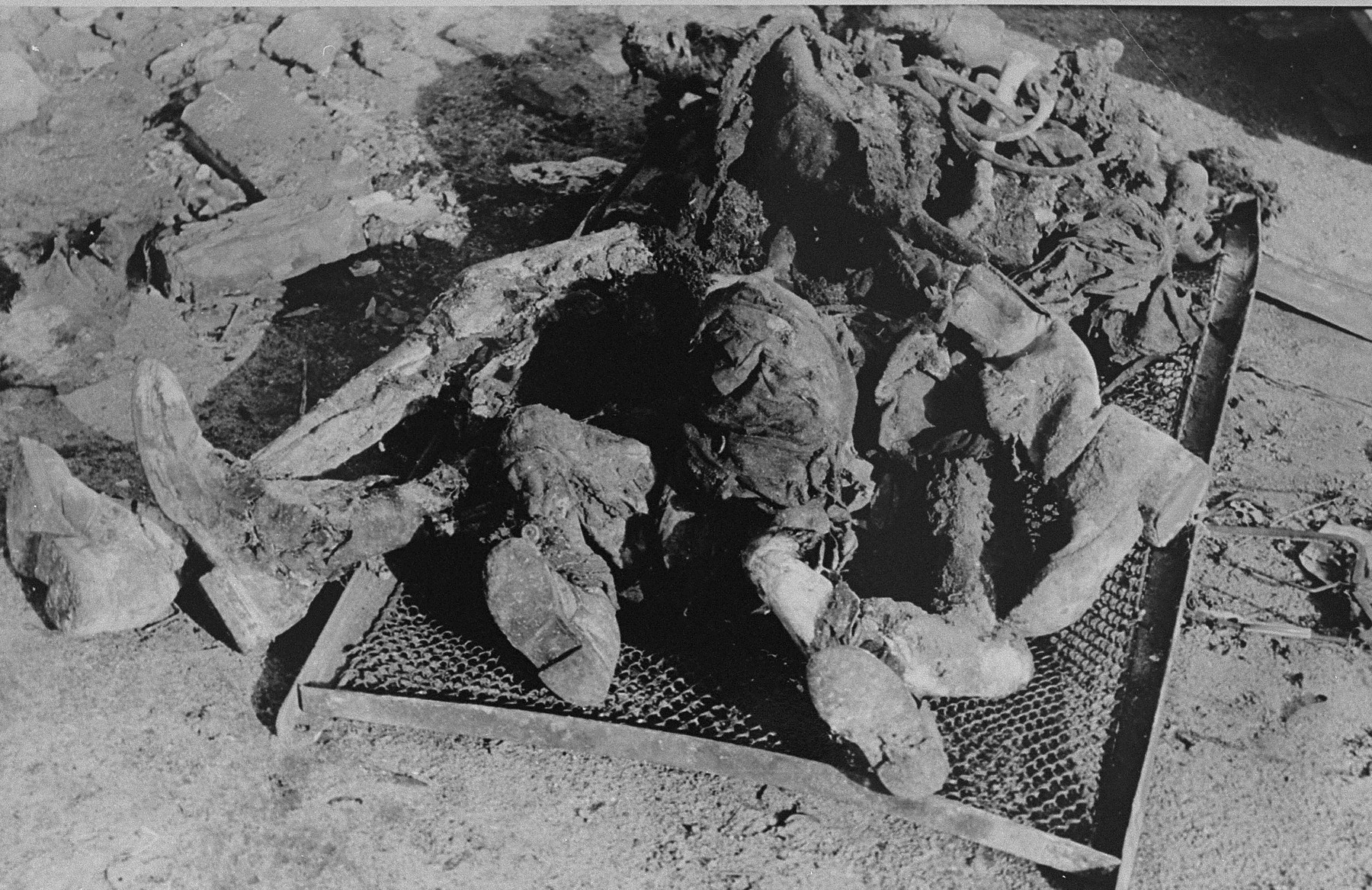 The charred corpses of Rabbi Shmukliarski, his wife and son on a makeshift stretcher after the razing of the Kovno ghetto.

Event History
The liquidation of the Kovno ghetto/concentration camp began on Saturday, July 8, 1944, three weeks before the Soviet liberation of the city. Approximately 6,100 Jews were transported over a six-day period to concentration camps: the women to Stutthof and the men to Dachau. Knowing that thousands failed to appear for the round-ups and likely remained hidden in bunkers, the SS ordered German troops to raze the former ghetto. Every house was blown up and the ruins doused with gasoline and incinerated. Thousands were either burned to death or shot trying to flee. The fires burned for a week, leaving a charred landscape of rubble and stone chimneys. Only approximately 100 Jews survived the liquidation.
See https://www.ushmm.org/wlc/en/article.php?ModuleId=10005174
See Also "Kauen Main Camp" in Encyclopedia of Camps and Ghettos Volume 1 Part A.
See Also https://www.ushmm.org/wlc/en/article.php?ModuleId=10005162.