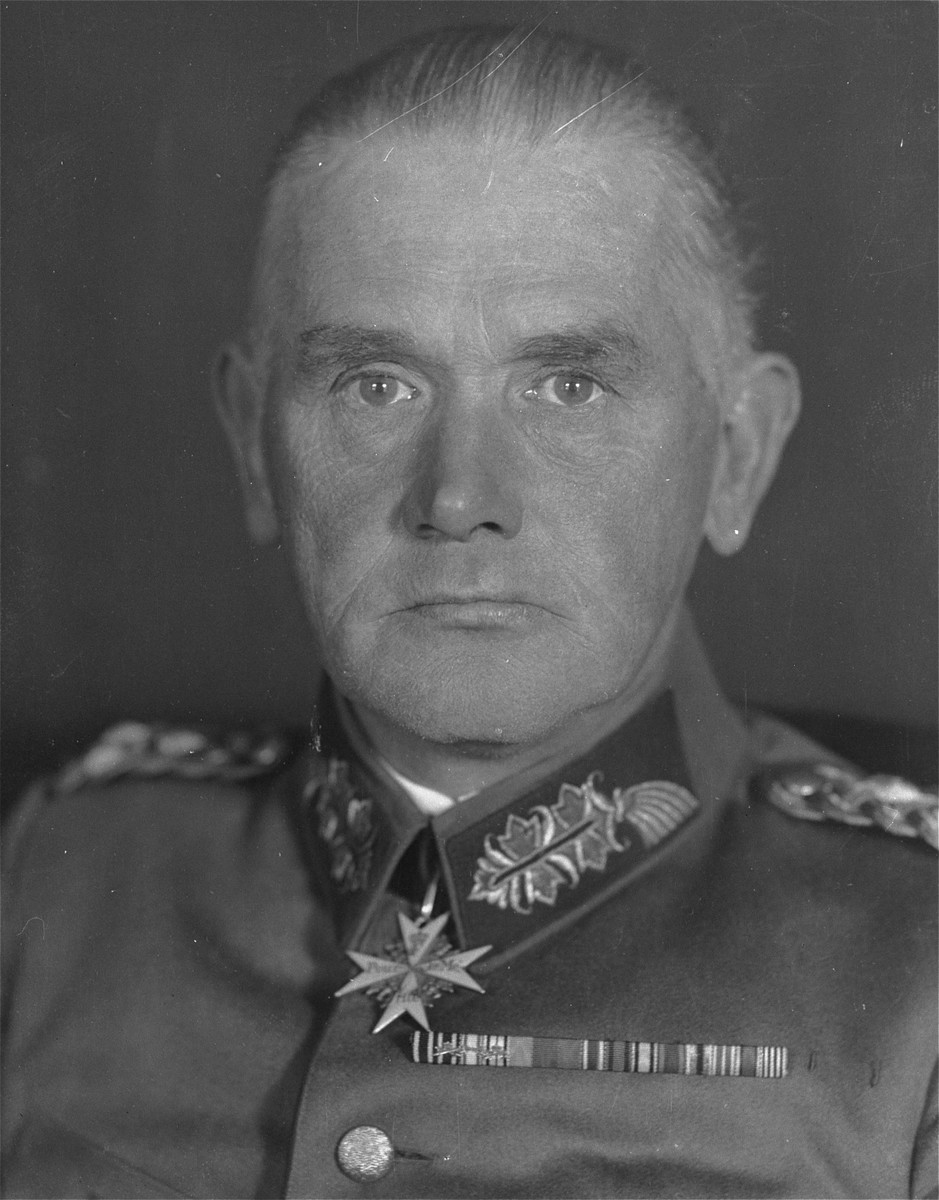 Biography
Werner von Blomberg (1878-1946), Supreme Commander of the Wehrmacht, was a career soldier. Von Blomberg was appointed by Hitler to the position of Reichswehr Minister on the recommendation of Paul von Hindenburg. He was an enthusiastic advocate of rearmament. Von Blomberg opposed Ernst Roehm's plans for incorporation of the SA into the German army and played an integral role in the putsch against Roehm. In 1935 he was appointed Commander-in-Chief of the Wehrmacht and promoted in 1936 to Field Marshal. Goering and Himmler engineered von Blomberg's removal from office in 1938, but before his dismissal, von Blomberg convinced Hitler to take personal command of the Wehrmacht. He died in American detention at Nuremberg.