The execution by hanging of Masha Bruskina and Volodya Sherbateyvich by an officer with the 707th Infantry Division. 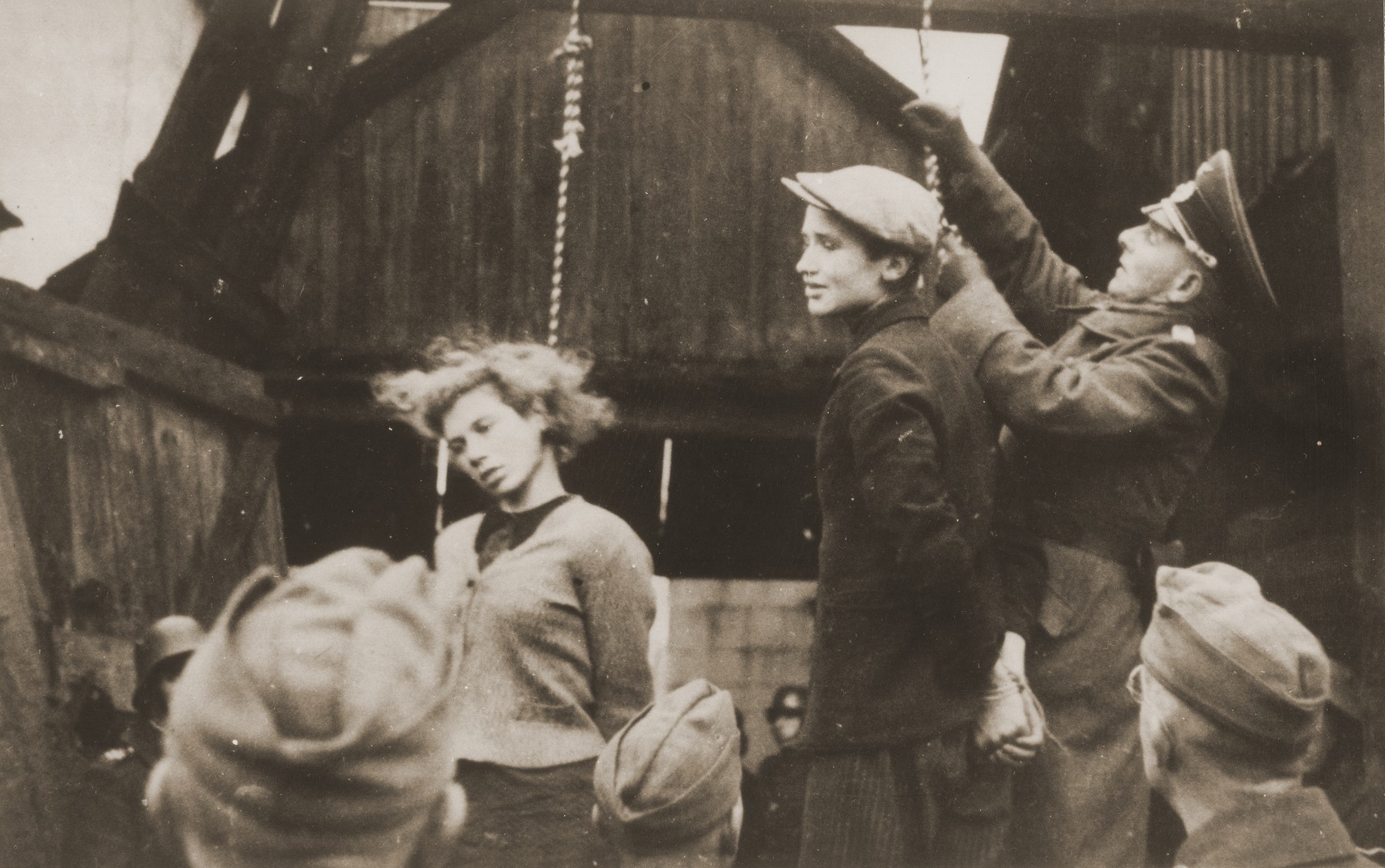 The execution by hanging of Masha Bruskina and Volodya Sherbateyvich by an officer with the 707th Infantry Division.

Event History
On 26 October 1941, twelve members of the Communist underground in Minsk were publicly hanged in four groups of three near a yeast-making factory in Minsk. This is believed to be the first public execution after the German invasion of the Soviet Union. Of the four groups only one was photographed before and during the execution. This group consisted of Masha Bruskina, Kiril Trus, and Volodya Sherbateyvich. Bruskina was a seventeen year-old Jewish woman who had resided in the Minsk ghetto during the summer of 1941. She was living as a non-Jew on the Aryan side when she was captured. In the months before her arrest she worked as a medical assistant in a hospital that the German army had converted into a prison camp for wounded Soviet POWs. In league with resistance groups operating near Minsk, she smuggled in civilian clothing and false documents for escaping Soviet officers. Following her arrest by German troops she was imprisoned and tortured. Unable to make her yield under torture, the Germans then paraded Bruskina and her two Belorussian cohorts through the streets of Minsk wearing signs that read "We are partisans who shot German soldiers." They were then publicly hanged and their bodies left for several days to serve as a deterrent to would-be resisters.