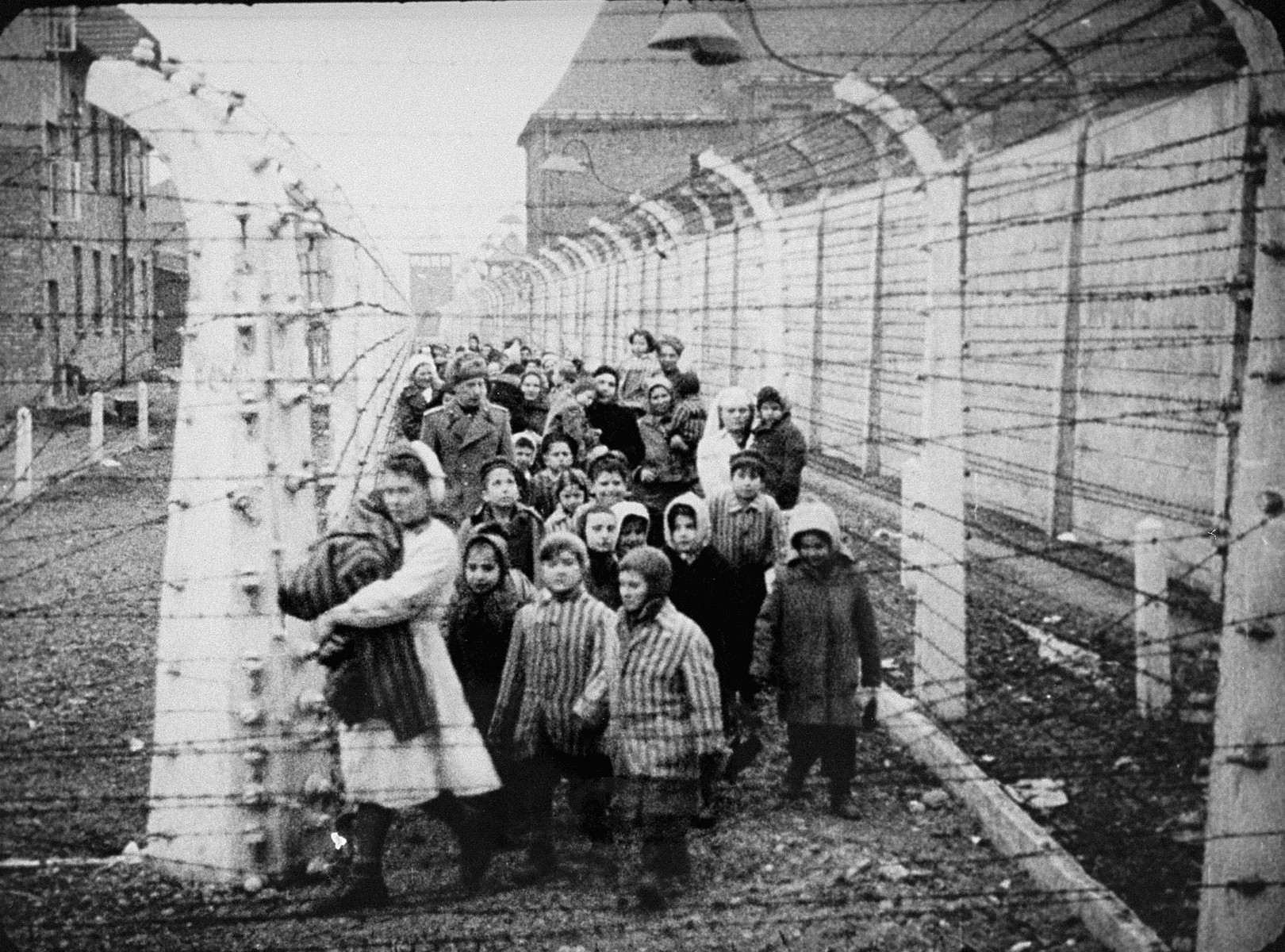 Standing next to the nurse are Miriam and Eva Mozes. Behind them (wearing white hats) are Judy and Lea Csenghery. Both sets of sisters are twins.