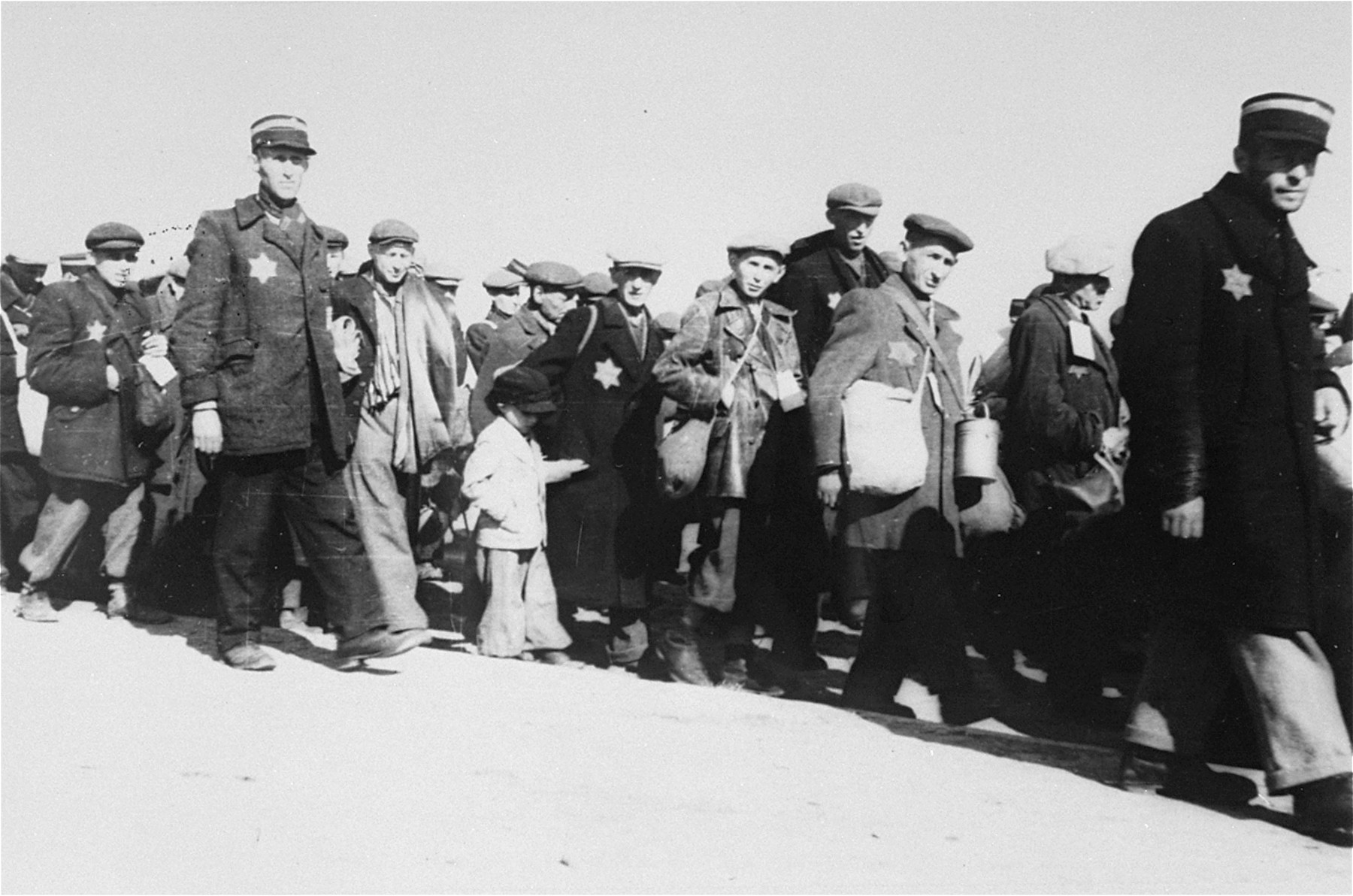 https://encyclopedia.ushmm.org/content/en/article/lodz.
Biography
Henryk Rozencwajg Ross (b. 5/1/1910), Lodz ghetto photographer. Prior to the German invasion of Poland in September 1939, Ross worked as a photo journalist for more than 10 Polish newspapers. When World War II began he was serving in the Polish army. Soon after the Polish defeat, Ross moved to Lodz, where the following year he was forced to move into the ghetto. In 1941, while residing in the ghetto, Ross married Stefania Schoenberg. He was assigned work in the statistics department of the Jewish ghetto administration. At the end of 1941, the Lodz ghetto Jewish council created an official photography section made up of eleven photographers, including Ross and Mendel Grosman, whose job it was to take photographs for identity cards, photograph official ceremonies, ghetto products and exhibitions, and ghetto buildings that were about to be demolished. In addition to these official photographs, Ross took rolls of film documenting Jewish life and death in the ghetto. In August 1944 during the final liquidation of the ghetto, Ross crated approximately 6,000 negatives and a cache of documents and buried the material in a field near his home that was located at 12 Jagielonska Street. He was careful to bury them in the presence of his wife, Stefania, and several friends, so that if he perished someone might survive to retrieve them "for the sake of history." Fortunately, Ross survived and dug up the cache of negatives himself after the liberation. While some of the material was destroyed by water seepage, the bulk was preserved. After the war Ross moved to Israel and settled in Jaffa. In May 1961 he testified at the trial of Adolf Eichmann in Jerusalem.