Laborers exhume the corpses of people shot during an action on 12 May 1942. 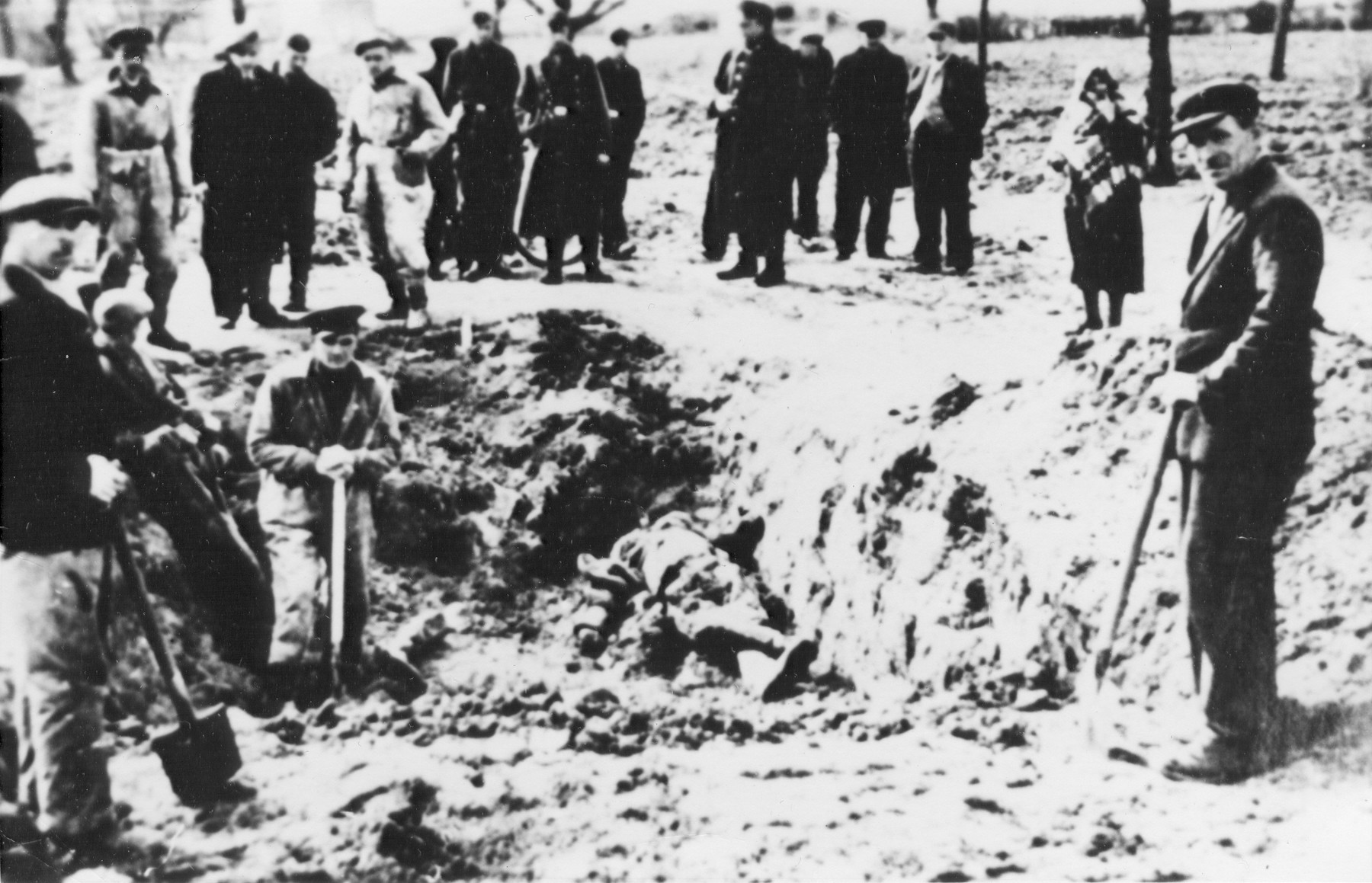 Laborers exhume the corpses of people shot during an action on 12 May 1942.

Among those pictured is the group leader, Zygmunt Opala.