St. Louis passengers sit at a table in the ship's dining room. 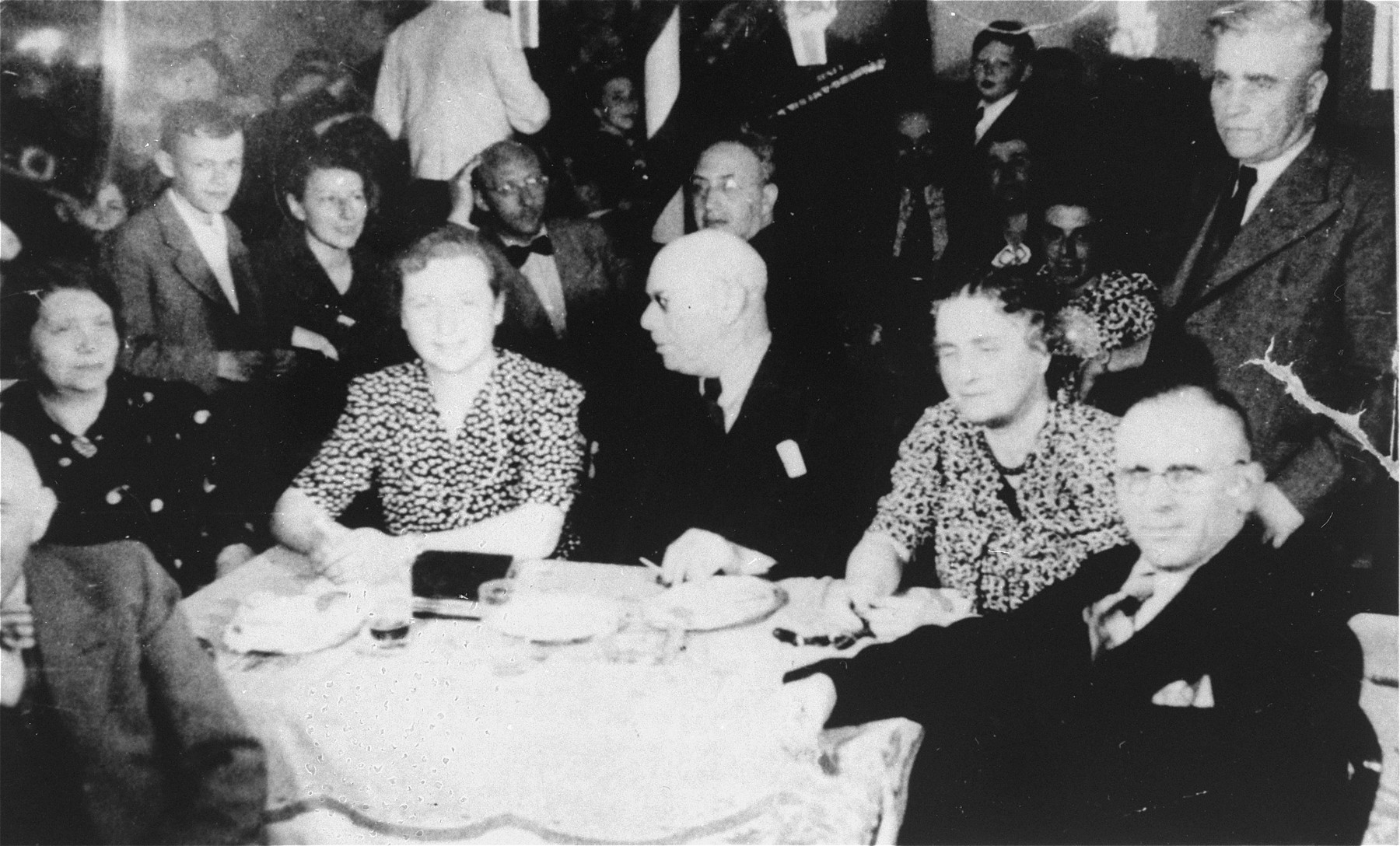 St. Louis passengers sit at a table in the ship's dining room.

Event History
The St. Louis was a German luxury liner carrying more than 930 Jewish refugees from Nazi Germany to Cuba in May 1939. When the ship set sail from Hamburg on May 13, 1939, all of its refugee passengers bore legitimate landing certificates for Cuba. However, during the two-week period that the ship was en route to Havana, the landing certificates granted by the Cuban director general of immigration in lieu of regular visas, were invalidated by the pro-fascist Cuban government. When the St. Louis reached Havana on May 27 all but 28 of the Jewish refugees were denied entry. The American Jewish Joint Distribution Committee (JDC) dispatched Lawrence Berenson to Cuba to negotiate with local officials but Cuban president Federico Laredo Bru insisted that the ship leave Havana harbor. The refugees were likewise refused entry into the United States. Thus on June 6 the ship was forced to return to Europe. While en route to Antwerp several European countries were cajoled into taking in the refugees (287 to Great Britain; 214 to Belgium; 224 to France; 181 to the Netherlands). Only those who were accepted by Great Britain found relative safety. The others were soon to be subject once again to Nazi rule with the German invasion of western Europe in the spring of 1940. A fortunate few succeeded in emigrating before this became impossible. In the end, many of the St. Louis passengers who found temporary refuge in Belgium, France and the Netherlands died at the hands of the Nazis, but the majority survived the war.
Biography
Liesel Joseph is the only child of Josef (b. 1882) and Lilly Salomon Joseph (b. 1901). She was born in Rheydt, Germany on June 17, 1928 where her father was a successful lawyer and a member of the SPD (Social Democratic Party). After the Nazi rise to power, Josef was blacklisted for his membership in the SPD and barely escaped arrest. On the night of Kristallnacht, the Joseph family home was one of only two houses vandalized in Rheydt. The damage was so extensive, that the Josephs were compelled to leave Rheydt for Bonn where they lived with relatives until the sailing of the St. Louis in May, 1939. The Josephs were very involved with life on board the ship and after the passengers were denied permission to debark in Havana, Josef, by virtue of his abilities as a lawyer and negotiator, was asked to chair the four-member self-appointed passenger committee. He served in this capacity through the end of the voyage. Later, other individuals joined the committee. Josef spent a great deal of time talking to passengers, trying to allay their concerns and consulting with Captain Schroeder. As chairman, Josef gave speeches to the other passengers to inform them of negotiations and boost their morale. He served as a public spokesman for the passengers and sent telegrams to the press and the Joint Distribution Committee. Once the passengers received permission to disembark in Europe, a gala party was planned for the passengers. After disembarking in Antwerp, the Josephs joined the Tropers (the head of the Joint Distribution Committee) and came to England on board the Rhakotis. The family rented a one-room apartment in London, but once the blitz began, Liesel was evacuated to the town of Clifton where she attended a Jewish secondary school and boarded with a family by the name of Whittington. In August 1940, Josef was sent to the Isle of Man where he was interned as an enemy alien. Liesel came back to England to live with her mother until the family succeeded in obtaining US visas. They traveled to North America, third class, on board the Camaronia and settled in Philadelphia with Kurt and Jane Blum, relatives of Lilly.