Children from the Marysin colony who were rounded-up during the "Gehsperre" action in the Lodz ghetto, walk in a line to the trucks that will transport them out of the ghetto. 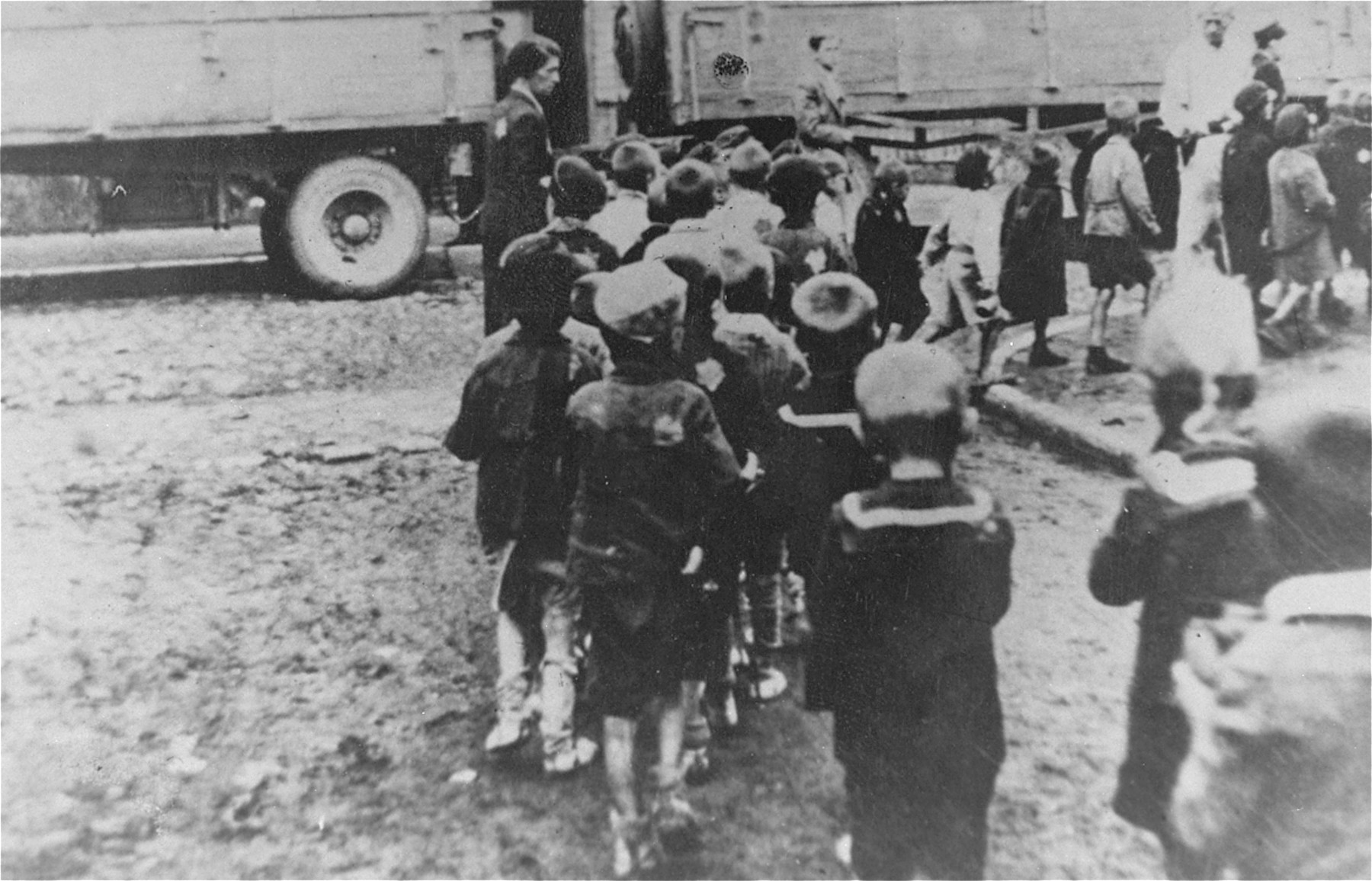 Children from the Marysin colony who were rounded-up during the "Gehsperre" action in the Lodz ghetto, walk in a line to the trucks that will transport them out of the ghetto.

The Gehsperre [or Sperre] action was the deportation action that took place in the Lodz ghetto between September 5 and 12, 1942, which resulted in the transport of over 15,000 Jews, mostly children (under the age of 10), the elderly and the infirm, to their death in Chelmno. The Gehsperre was the second major deportation action in the ghetto. The first, which took place between January and May of the same year, took the lives of 55,000 Jews and 5,000 Roma/Sinti, who were deported to Chelmno. During the Gehsperre an embargo (Sperre) was ordered on all movement in the ghetto. Sections were blocked off in stages and the people were forcibly removed from their homes or the hospitals in which they were confined. For the first day the round-ups were conducted by the ghetto police and their assistants, but the Germans, finding them inefficient, took over thereafter. The brutality of the German police resulted in the death of hundreds of Jews who tried to evade capture. The round-ups were followed by selections, during which those less suitable for work were chosen for deportation. Prior to their transfer out of the ghetto, the deportees were held at assembly centers located in the hospitals and central prison of the ghetto. From these points they were marched or transported to the deportation trains that came to the Radogoszcz [Radegast] railroad siding in Marysin.