Studio portrait of two Jewish siblings who have been expelled from Sofia, Bulgaria to the provinces. The boy is wearing a Jewish badge. 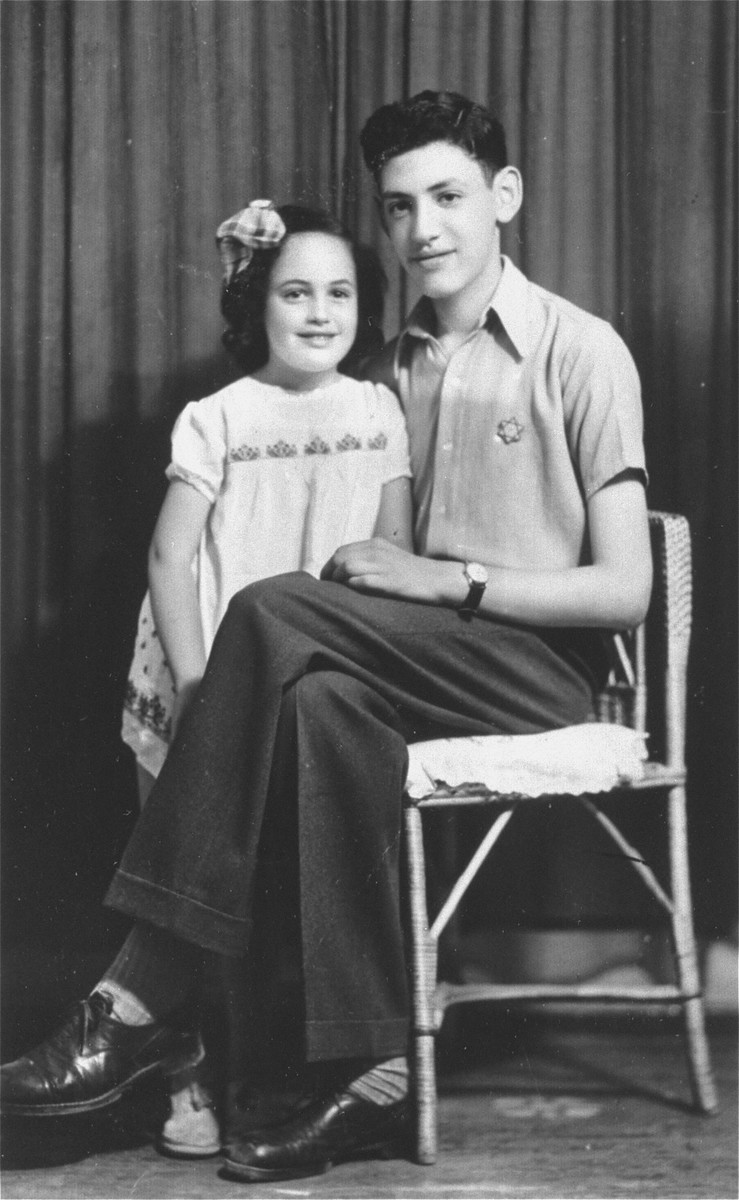 Studio portrait of two Jewish siblings who have been expelled from Sofia, Bulgaria to the provinces. The boy is wearing a Jewish badge.

Pictured are Norbert and Odette Yasharoff.