Portrait of Abraham Blum, member of the Jewish underground in the Warsaw ghetto. 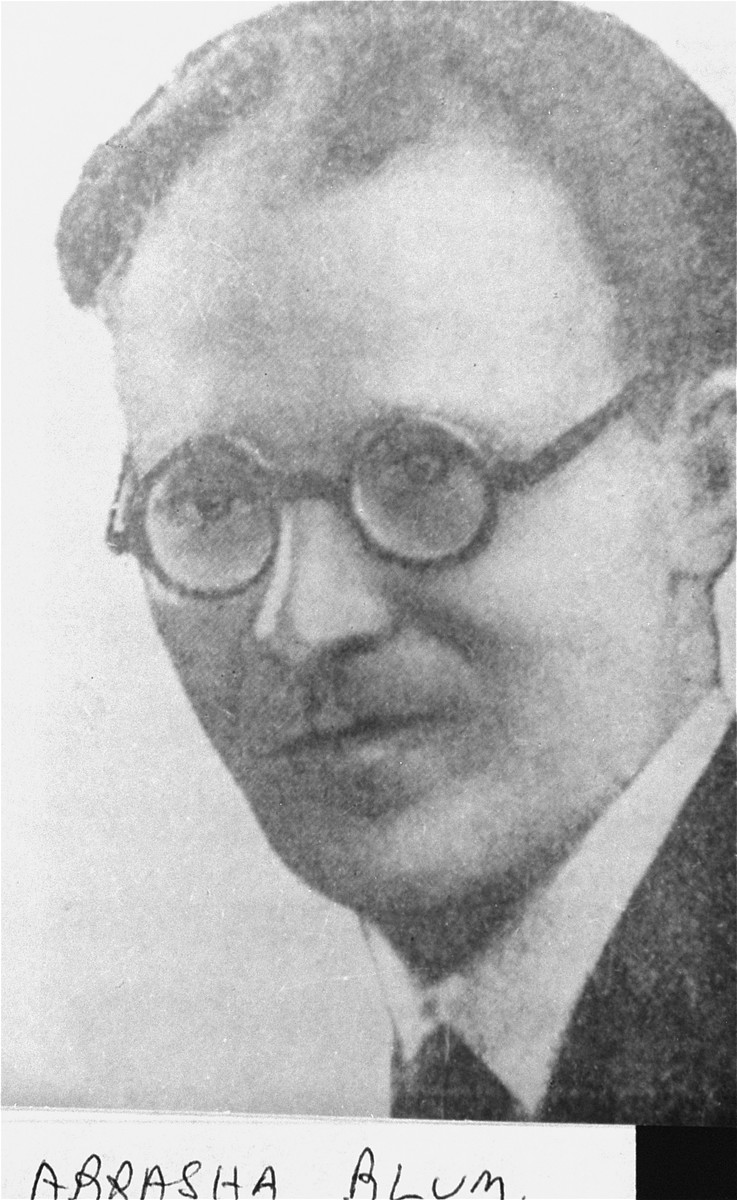 Portrait of Abraham Blum, member of the Jewish underground in the Warsaw ghetto.

Biography
Abraham (Abrasha) Blum (1905-1943) was a Bund leader who became the movement's representative to the united Jewish Fighting Organization [Zydowska Organizacja Bojowa, ZOB] in the Warsaw ghetto. Blum refused an offer to cross over to the "Aryan side," despite the fact that his wife and children were in hiding there. During the ghetto uprising, he fought with ZOB members in the "Brushmakers area" of the ghetto. Blum was among those who succeeded in escaping from the ghetto by way of the city sewer system. He hid in the Kampinos Forest for several days, but was caught and killed by the Gestapo when he returned to Warsaw.