Portrait of Dutch rescuers Johannes and Janke DeVries who were recognized by Yad Vashem as Righteous Among the Nations in 1977. 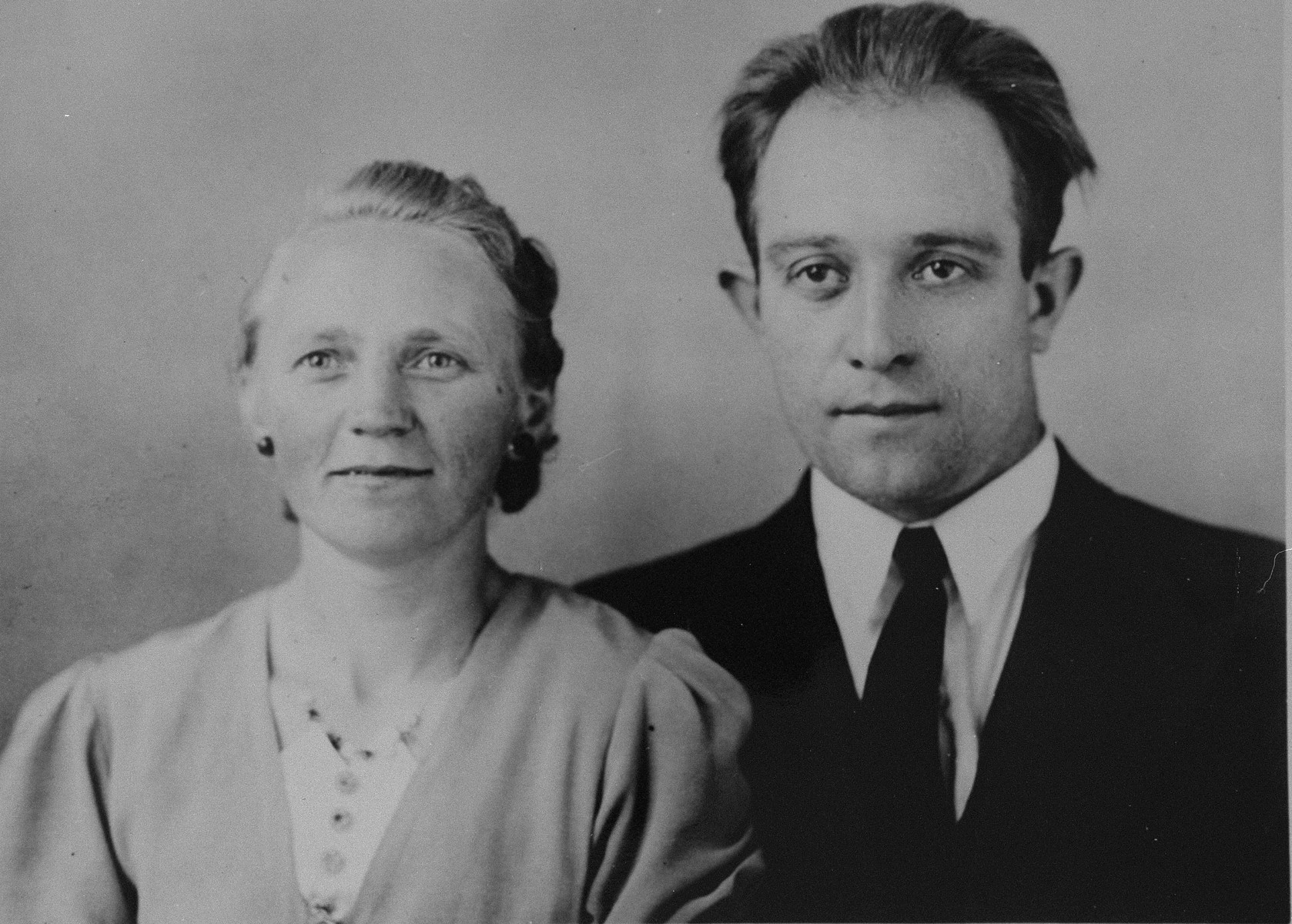 Portrait of Dutch rescuers Johannes and Janke DeVries who were recognized by Yad Vashem as Righteous Among the Nations in 1977.

Biography
Johannes and Janke DeVries, Dutch rescuers who hid two young Jewish children in their home in the Limburg district of Holland during the German occupation. Born in 1911, Johannes grew up on a farm in the village of Opperkooten, Friesland. He married Janke when he was just seventeen. Unable to find work in Friesland, they moved to Hoensbroek in Limburg, where Johannes became a coal miner. Their first child, Greta, was born in 1929, and a son followed two years later. After the German bombing of Rotterdam in 1940 the DeVries family took in one of the orphaned children who were being placed with families throughout Holland. Soon after the child left their care the DeVries' were approached by a member of the underground to take in a Jewish child. They agreed and in 1942 Shlomo Haringman came to live with them. Shlomo's mother had sought help from the Dutch underground in hiding her two children -- Shlomo (age 3) and Eva (age 1) -- after her husband's deportation to Sobibor. After turning over the children, she went into hiding herself. The DeVries' quickly became very attached to Shlomo. When they learned that his sister's caretaker was too afraid to keep her, they agreed to take her in as well. Mrs. Haringman was informed as to the general whereabouts of her children, and from time to time, Janke DeVries would send her pictures of the children, though she could not divulge her name and address. Friends and neighbors of the DeVries family assumed that the Jewish children, who were now called Bobby and Eef, were Dutch orphans from Rotterdam. In addition to caring for the Haringman children, the DeVries family took in other Jewish children on a temporary basis, lasting from a couple of days to a couple of weeks, in response to requests from the underground. They helped approximately fifteen additional children in this way between 1942 and 1944. During this period, the DeVries family faced the constant threat of house raids from the Dutch police and arrest by German patrols everytime they traveled to Friesland to get food from the farmers to feed their expanded family. When the war was over, Mrs. Haringman found her children by showing the pictures the DeVries' had sent her to the local priest, who took her to their home. At first the children did not want to leave their foster family and move back with their mother to Amsterdam, but the two families stayed in close contact and visited each other often. When Mrs. Haringman became ill with cancer in 1947, Janke's daughter, Greta, went to Amsterdam to help look after the children. By this time, the DeVries' had made the decision to immigrate to Canada. They wanted to adopt the Haringman children and take them with, but Mrs. Haringman refused and stipulated in her will that the children be sent to Palestine where they would receive a Jewish upbringing. So the DeVries' left for Canada, and in 1949 the Haringman children immigrated to Israel, where they Hebraicized their names to Shalom and Chava. The two families maintained contact, and in 1977 Johannes and Janke DeVries were recognized by Yad Vashem as Righteous Among the Nations.