Polish rescuer Stefania Podgorska Burzminski poses with Jews she rescued during the German occupation of Poland. 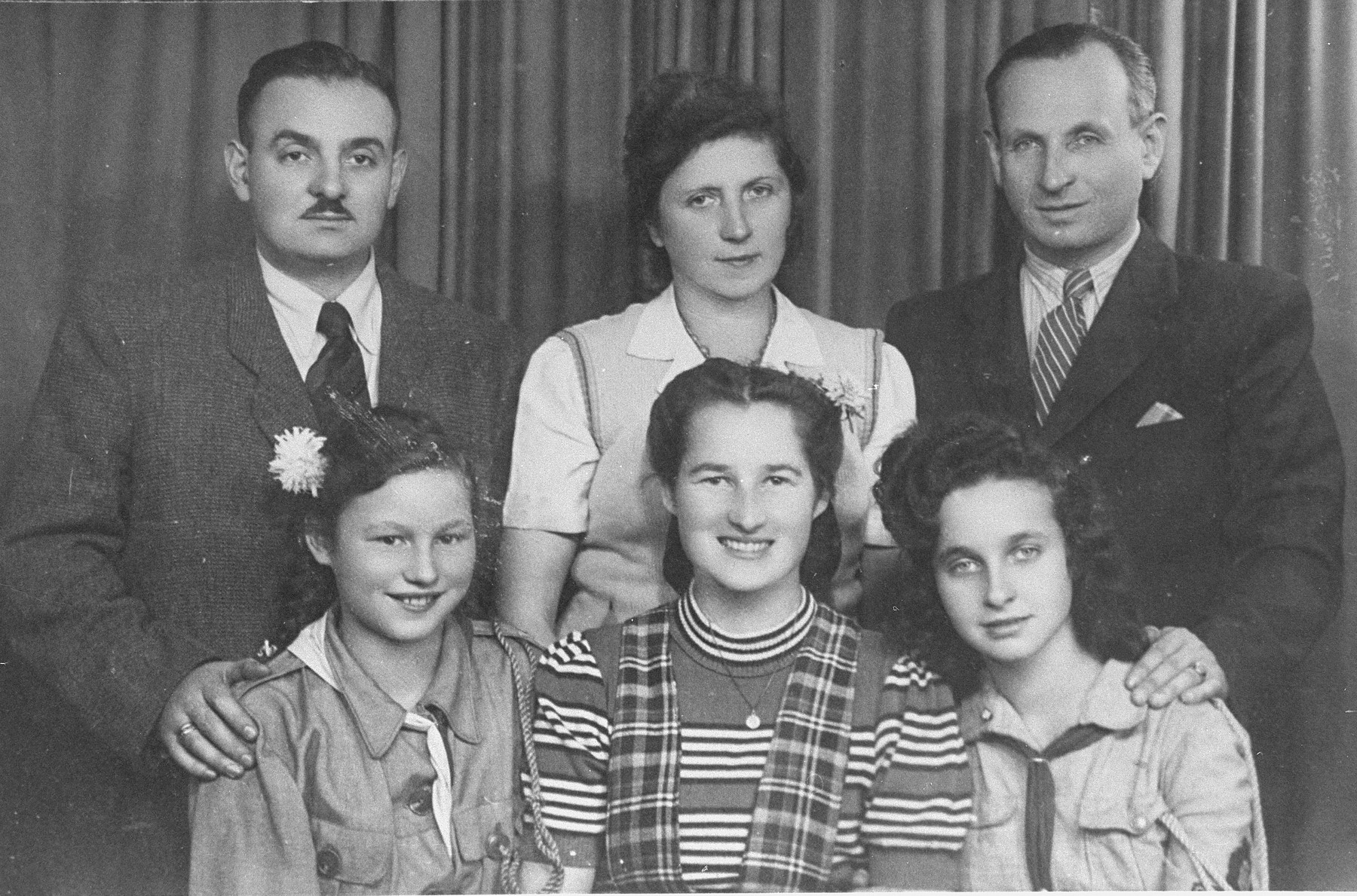 Polish rescuer Stefania Podgorska Burzminski poses with Jews she rescued during the German occupation of Poland.

Biography
Stefania Burzminski, (born Stefania Podgorska), b. 1923, a young Polish woman who hid 13 Jews in a cottage in Przemysl during the German occupation. Born in a small village, the third of nine children, Stefania left home at the age of 14 to get a job in the town of Przemysl, where her older sister was living. For a year she worked in a bakery before getting a job in a small shop owned by a Jewish woman named Diamant (the mother of her future husband, Joe Burzminski) and moving in with her family. Mrs. Diamant had four sons: a doctor, a dentistry student (Joe) and two school age children. After the Nazis invaded Poland the four sons moved to Lvov and asked Stefania to look after their parents. When the situation deteriorated, the boys returned and the entire family was soon forced into the ghetto. Stefania visited them often and was given valuables to exchange for food. When the ghetto was sealed off, she sneaked in through a hole in the fence. To make getting in and out of the ghetto easier, she befriended one of the Polish policemen who guarded it. At this time Stefania's six-year-old sister, Helena, came to live with her, after their mother had been sent to work in Germany. Deportation actions soon began in the Przemysl ghetto and Joe, his parents and one of his brothers were taken away. Joe jumped from the deportation train and, after hiding in the forest for a time, made his way back to Przemysl. He stayed with Stefania a short time before he was forced to return to the ghetto because of a risky action taken by his brother Henek that threatened to expose Stefania. After his return to the ghetto he sneaked out every few days to bring Stefania valuables to sell for food and to pick up the parcels she purchased. He then asked her if she would be willing to find a bigger apartment and hide him and a few other Jews. She did not favor the idea but complied with his wishes. She found a small cottage without electricity or indoor plumbing and within three days had it ready for Joe to move in. Soon she was sheltering 13 hidden Jews including Joe, his brother Henek and his wife, Judy Shylenger and her father, and Manek and Sally Hirsch. One day, after the Jews had been living in the cottage for some time, the Germans started taking over most of the apartments in the neighborhood because they were opening a German hospital nearby. The SS took over one of the two rooms of the cottage and Stefania hastily moved the Jews to the attic. For the next seven months the hidden Jews lived above the SS without arousing their suspicion, and all 13 were saved. Soon after the war, Joe asked Stefania to marry him. She tried to talk him out of it, but he persisted, and after he converted to Catholicism, she married him. The couple had two children. In 1958 they went to live in Israel, but after two years left for the United States. Stefania was later recognized by Yad Vashem as one of the Righteous Among the Nations.