Portrait of three-year-old Tomas Kulka standing in front of his house in Olomouc, Czechoslovakia. 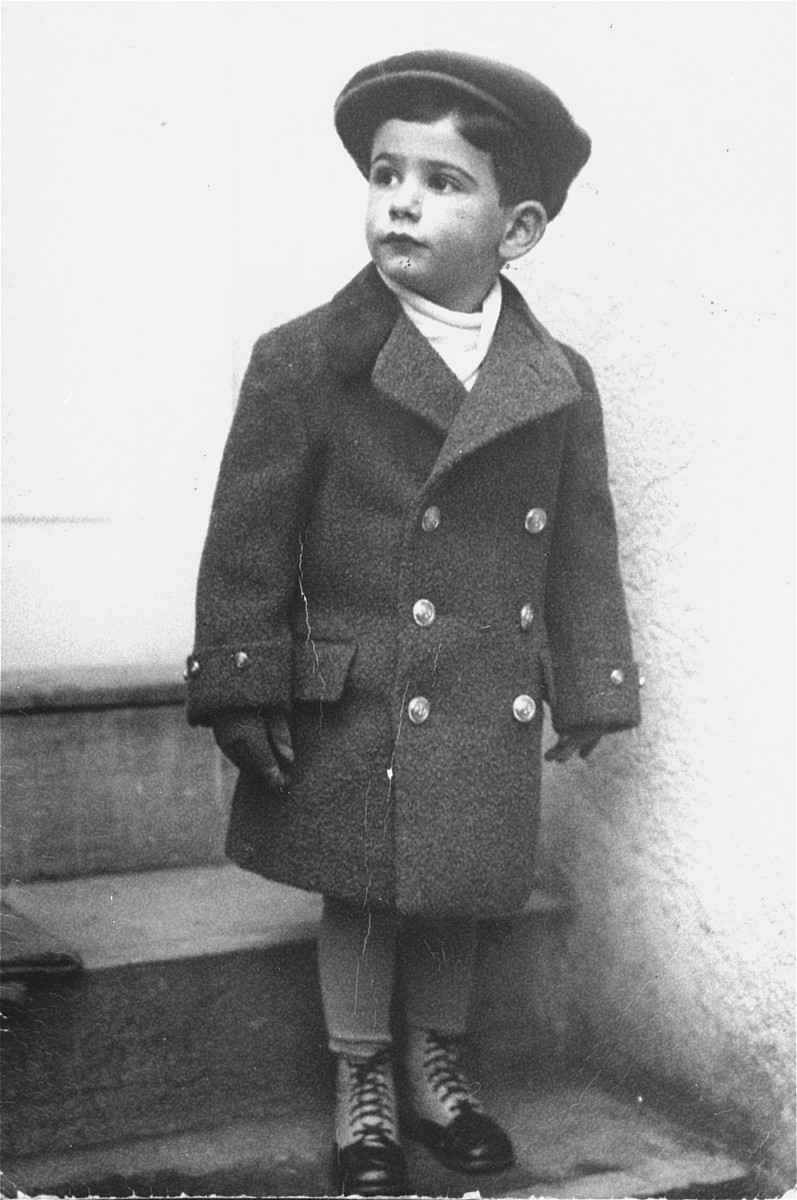 Portrait of three-year-old Tomas Kulka standing in front of his house in Olomouc, Czechoslovakia.

Biography
Tomas was the son of Elsa and Robert Kulka. Elsa and Robert were married in 1933 in Brno and later moved to Olomouc, where Tomas was born. Following Elsa's father's death in 1937, the family moved back to Brno where they took over the family shipping company. Just before Tomas' fifth birthday the Germans occupied Moravia. Because Tomas was Jewish, he was not allowed to attend school. On March 31, 1942 Tomas and his family were sent to Theresienstadt. In May, he and his maternal grandmother were deported to Sobibor, where they were gassed upon arrival. Tomas was two weeks short of his eighth birthday. That same year his parents died in the Ossova labor camp.