Passengers dancing on board the MS St. Louis. Rita Goldstein is pictured at the lower right. 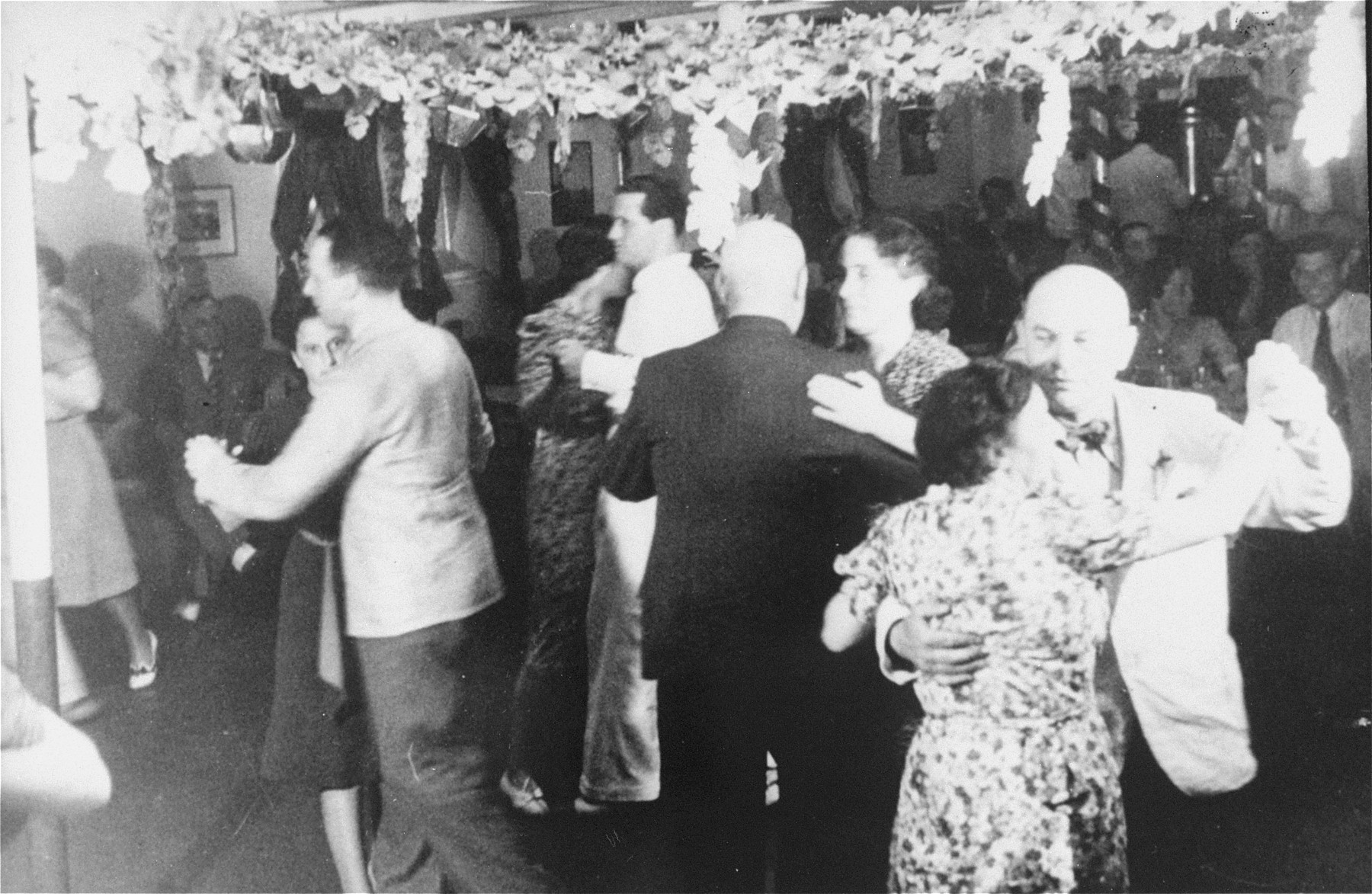 Passengers dancing on board the MS St. Louis. Rita Goldstein is pictured at the lower right.

Event History
The St. Louis was a German luxury liner carrying more than 930 Jewish refugees from Nazi Germany to Cuba in May 1939. When the ship set sail from Hamburg on May 13, 1939, all of its refugee passengers bore legitimate landing certificates for Cuba. However, during the two-week period that the ship was en route to Havana, the landing certificates granted by the Cuban director general of immigration in lieu of regular visas, were invalidated by the pro-fascist Cuban government. When the St. Louis reached Havana on May 27 all but 28 of the Jewish refugees were denied entry. The American Jewish Joint Distribution Committee (JDC) dispatched Lawrence Berenson to Cuba to negotiate with local officials but Cuban president Federico Laredo Bru insisted that the ship leave Havana harbor. The refugees were likewise refused entry into the United States. Thus on June 6 the ship was forced to return to Europe. While en route to Antwerp several European countries were cajoled into taking in the refugees (287 to Great Britain; 214 to Belgium; 224 to France; 181 to the Netherlands). Only those who were accepted by Great Britain found relative safety. The others were soon to be subject once again to Nazi rule with the German invasion of western Europe in the spring of 1940. A fortunate few succeeded in emigrating before this became impossible. In the end, many of the St. Louis passengers who found temporary refuge in Belgium, France and the Netherlands died at the hands of the Nazis, but the majority survived the war.
Biography
Henry Gallant (born Heinz Goldstein) was born in Berlin on October 30, 1928 to Hermann and and Rita Grubner Goldstein. When he was nine, he was pushed by an SS officer who wrote the word "Jude" on his forehead. Following this incident, his family sent him to a Kinderheim or children's home in Potsdam and made plans to immigrate to Cuba. On May 13, 1939, the family set sail for Havana aboard the SS St. Louis. After being sent back to Europe, they sought refuge in France. Hermann was interned first in the Laval prison and then in Gurs; Rita lived in Le Mans. Heinz was sent to an OSE children's home near Paris. In 1940, Heinz and Rita moved to Nice to be closer to Hermann. There, Heinz attended an elite French school and celebrated his bar mitzvah, though Hermann was not allowed to attend. In August 1942, Hermann was sent to Drancy and from there to Auschwitz where he perished. Late that year, massive round-ups began in Nice, and Heinz and Rita went into hiding in the attic of a Gentile family together with three other families. They later obtained false papers and escaped by taxi to Switzerland where they were arrested by Swiss border guards. Heinz was placed with a Swiss family and lived with them for two years. He was allowed to visit Rita every six weeks who was interned in a refugee camp. After the war, they immigrated to the United States in 1947.