Group portrait of members of the Maccabi sports club of Rhodes. 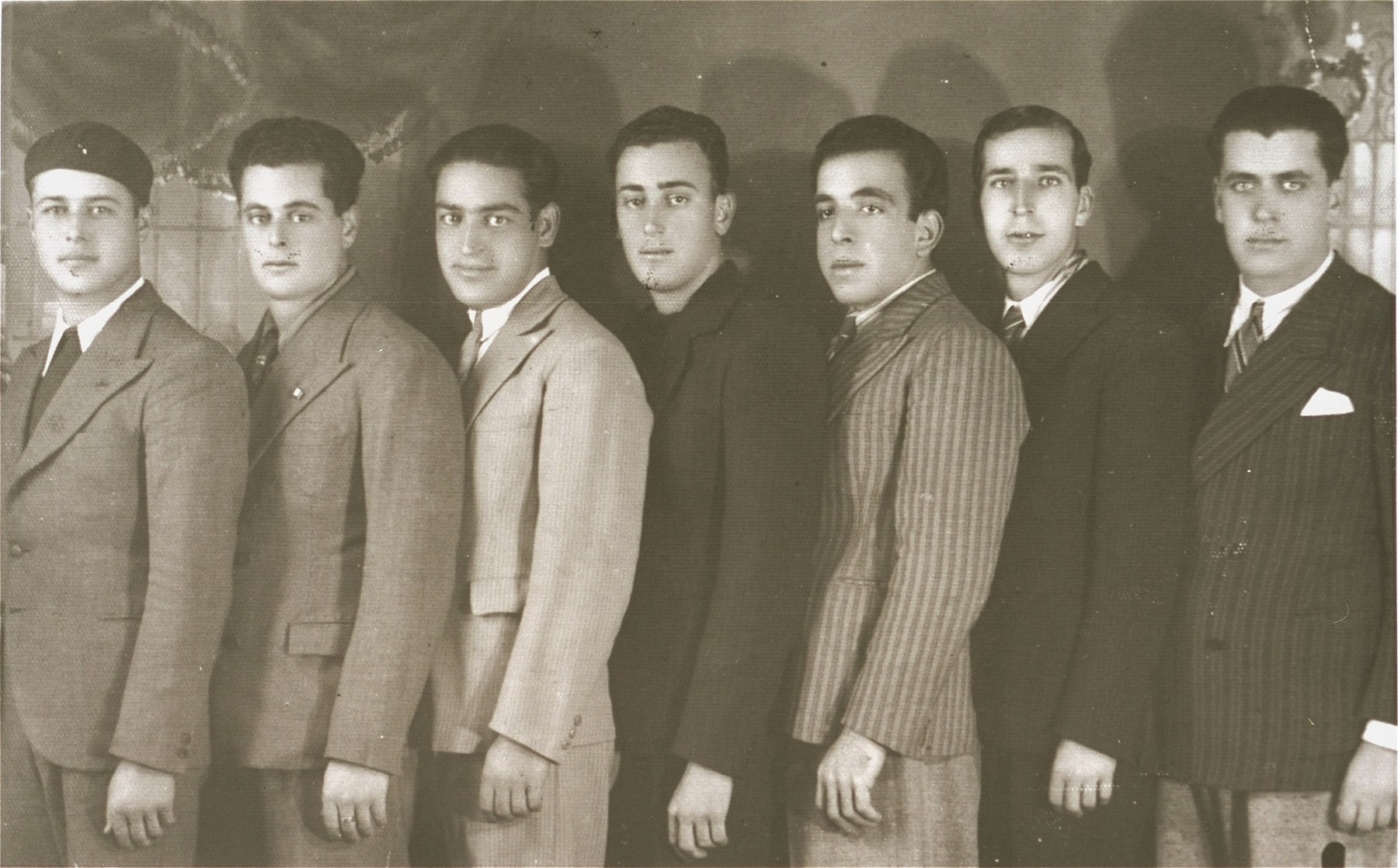 Group portrait of members of the Maccabi sports club of Rhodes.

Among those pictured is Yosef Alcana (third from the left), the president of the club. In 1944 all seven young men were deported to Auschwitz and killed.