Under the direction of American troops, German civilians walk among the corpses of prisoners exhumed from a mass grave near Nammering. 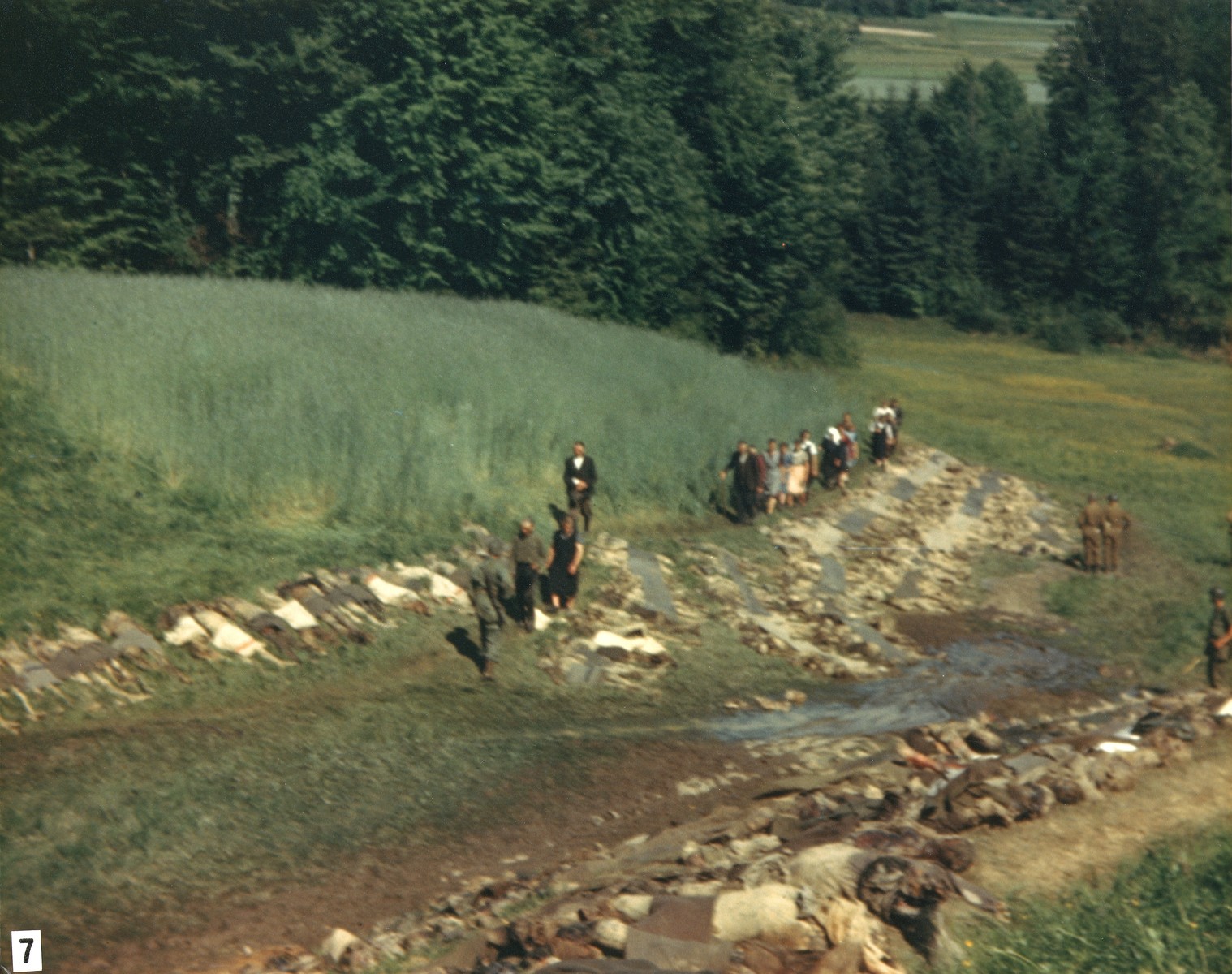 Under the direction of American troops, German civilians walk among the corpses of prisoners exhumed from a mass grave near Nammering.

Photographer
Seymour Schenkman
Date
Circa 1945 May 06

Event History
On April 19, 1945, a freight train with nearly 4,500 prisoners from Buchenwald pulled onto the railroad siding at Nammering. The train had been destined for Dachau, but at Plattling it was diverted towards Nammering because of damage to the railroad caused by Allied bombing. Once in Nammering, some of the local inhabitants attempted to give the prisoners food and water, but these provisions were stolen by the 150 SS and police officers guarding the train. The commanding officer in charge, Lieutenant Hans Meerbach, ordered during the halt that the bodies of the dead be removed from the train and cremated. This work proceeded too slowly for him, however, and prisoners were forced to carry the bodies of the dead to a nearby mass grave in a ravine roughly 500 yards from the train. There the prisoners carrying the corpses were shot by the guards and they were also buried in the grave. Altogether 524 prisoners were shot and nearly 800 were interred in the mass grave. The bodies were then covered with lime and the grave was flooded to speed up decomposition. Those 3,100 prisoners who had remained on the train were sent on to Dachau, where they were liberated. After the discovery of the site by U.S. troops on April 28, the ranking American officer in the area forced SS men collected from a nearby POW camp to exhume the corpses and lay them out on either side of the ravine above the mass grave. The inhabitants of Nammering were then ordered to walk through the gravesite, and the bodies were buried in the surrounding towns of Eging am See, Aicha vom Wald, Nammering, and Fuerstenstein.
See https://www.ushmm.org/wlc/en/article.php?ModuleId=10005198.
See Also "Buchenwald Main Camp" in Encyclopedia of Camps and Ghettos Volume 1, Part A.