Group portrait of the employees of the Lodz ghetto post office holding a sign in the shape of a Star of David. 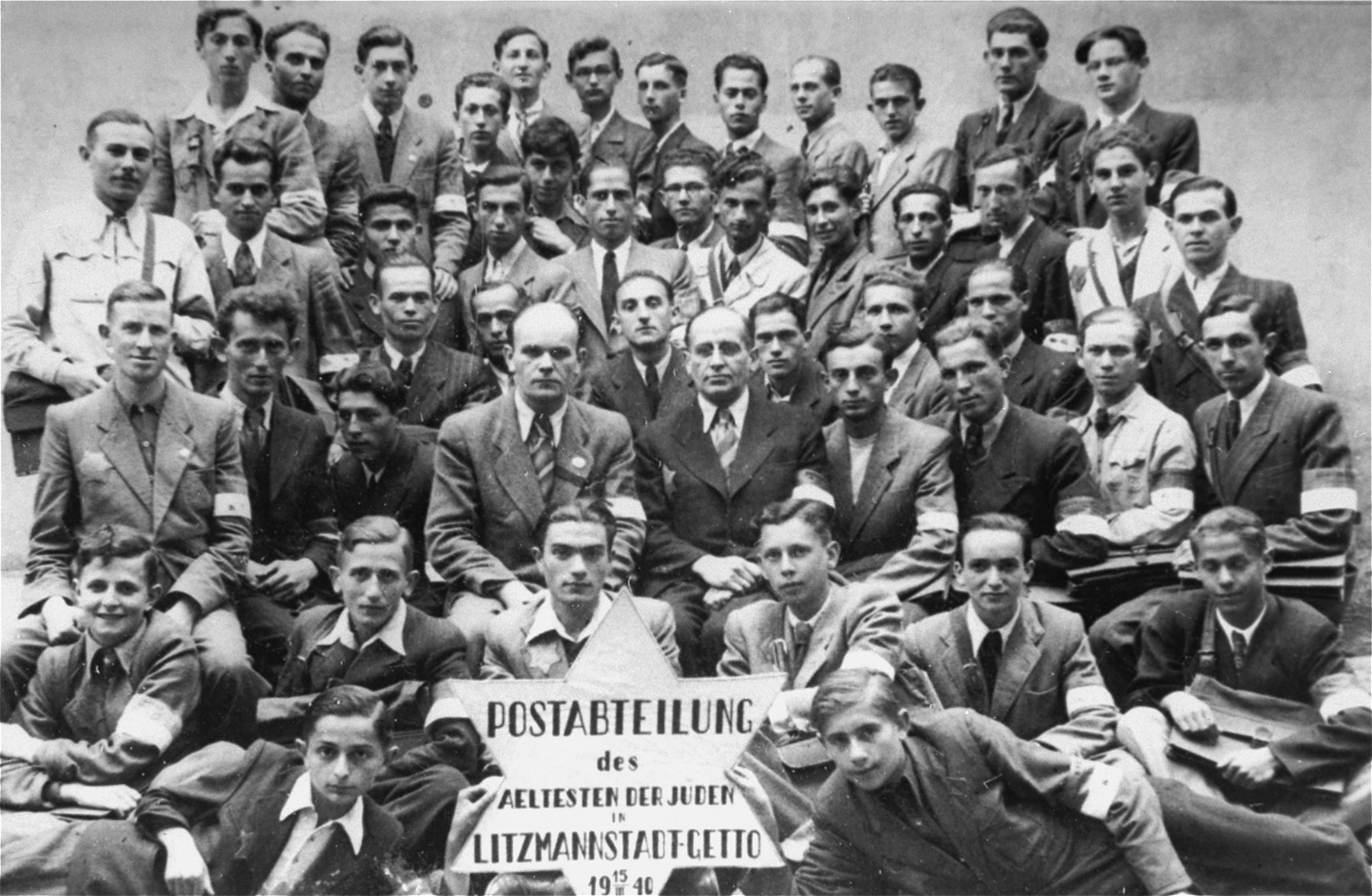 Group portrait of the employees of the Lodz ghetto post office holding a sign in the shape of a Star of David.

Among those pictured is Nachman Zonabend (top row, fifth from the left).

[Source: Zonabend, Nachman, "The Truth About the Saving of the Lodz Ghetto Archive," Stockholm 1991]