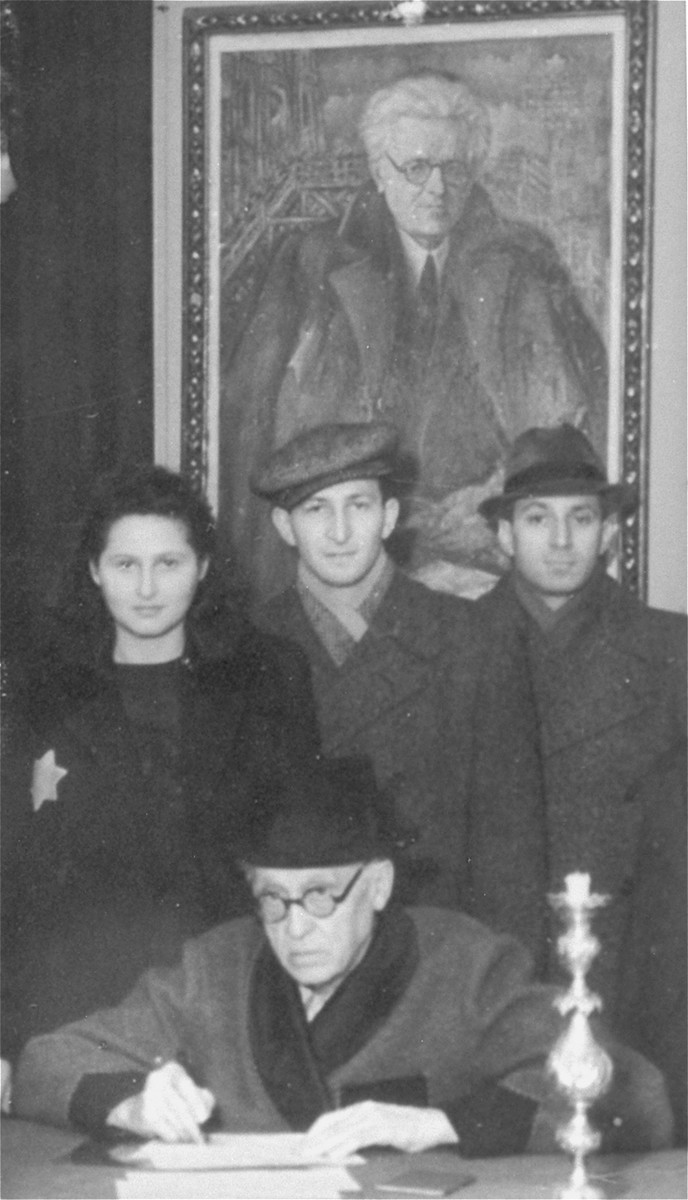 The group poses in front of a painting of Rumkowski. Pictured standing from the left are: Irka Kuperminc, Nachman Zonabend, and Nachman's brother Isak. Seated is Mordechai Chaim Rumkowski.