Yitzhak Zuckerman delivers a speech at a Zionist political meeting in the Zeilsheim displaced persons' camp. 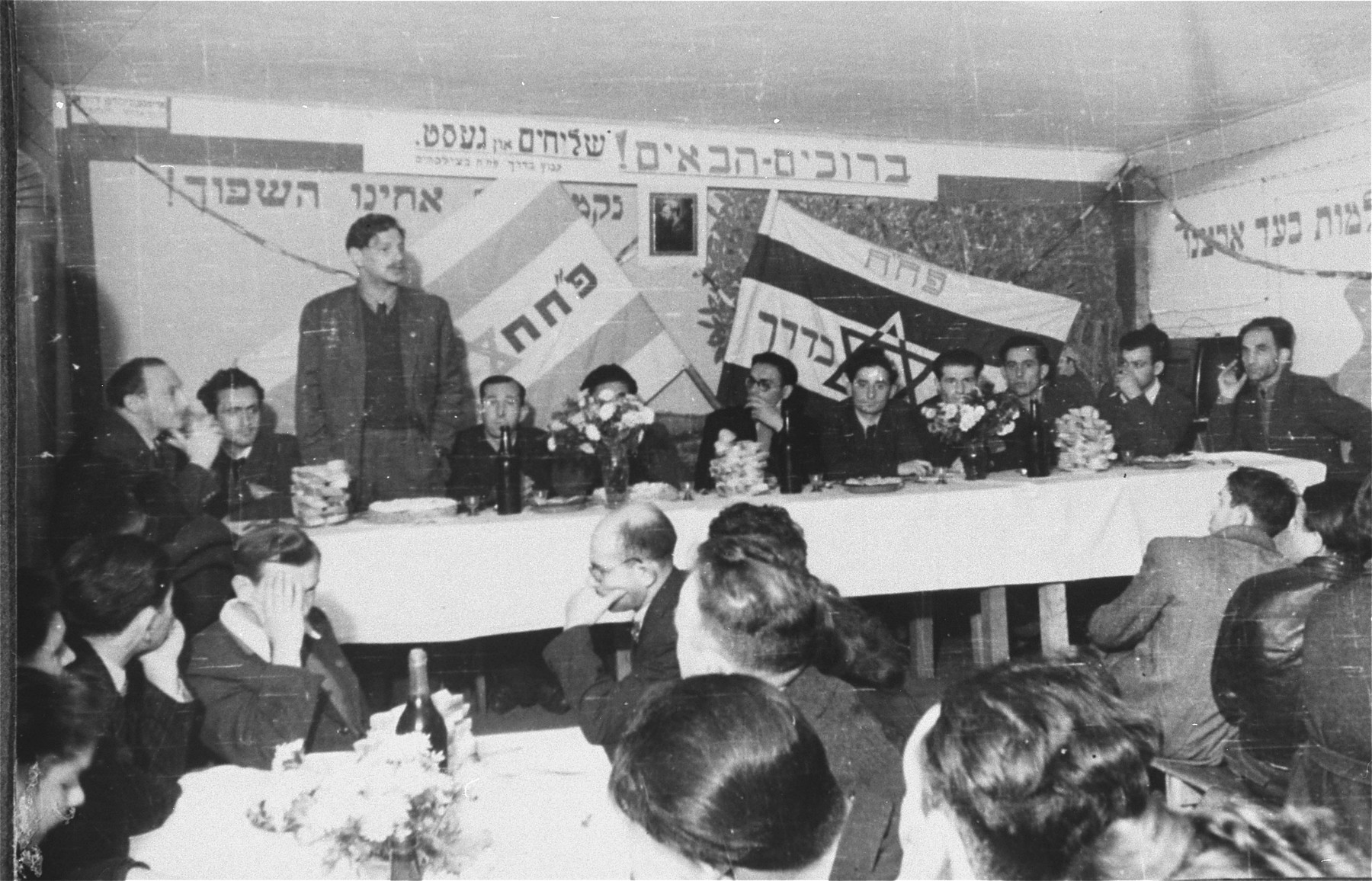 Yitzhak Zuckerman delivers a speech at a Zionist political meeting in the Zeilsheim displaced persons' camp.

Biography
Yitzhak (Antek) Zuckerman (1915-1981), was one of the founders of the Jewish Fighting Organization in Warsaw (Zydowska Organizacja Bojowa, ZOB). Zuckerman grew up in Vilna where he was active in the Hehalutz Zionist youth movement. In 1936 he moved to Warsaw to join its head office and set up local chapters of the movement in Jewish communities throughout eastern Poland. After the German invasion, he fled to Soviet occupied Poland, where he helped to organize a Jewish Zionist underground. In April 1940 he crossed back into German-occupied Poland to foster underground activities there. Based in Warsaw, Zuckerman founded an underground newspaper, organized seminars and established a high school. He made numerous secret visits to ghettos in Poland, where he helped to set up hachsharot (agricultural training farms) and to coordinate activities among the various underground youth movements. Zuckerman shifted his focus from education to armed resistance after the onset of mass killing and deportation actions in Poland and the eastern territories. On July 28, 1942 he took part in the founding meeting of the Jewish Fighting Organization in the Warsaw ghetto. As one of the three commanders of the ghetto resistance, Zuckerman played a key role in preparations for the April 1943 revolt. Shortly before the uprising he was ordered to move to the Polish side of Warsaw to serve at the ZOB liason to the Polish underground. In the final days of the revolt, Zuckerman formed a rescue team to get survivors out of the burning ghetto via the sewer system. After the destruction of the ghetto Zuckerman served on the Jewish National Committee, an organization which aided Jews in hiding and maintained contacts with others in partisan units and labor camps. In August 1944 he participated in the Warsaw Uprising as the leader of a group of Jewish fighters. He was finally liberated by Soviet forces in January 1945. For the next two years Zuckerman was involved in Zionist political activity and the Bricha movement to bring Jewish survivors out of Eastern Europe. He left for Palestine early in 1947, where he became one of the founders of the Ghetto Fighters' Kibbutz. In 1961 Zuckerman testified at the Eichmann Trial in Jerusalem.