Children studying in a clandestine school in the Kovno ghetto. 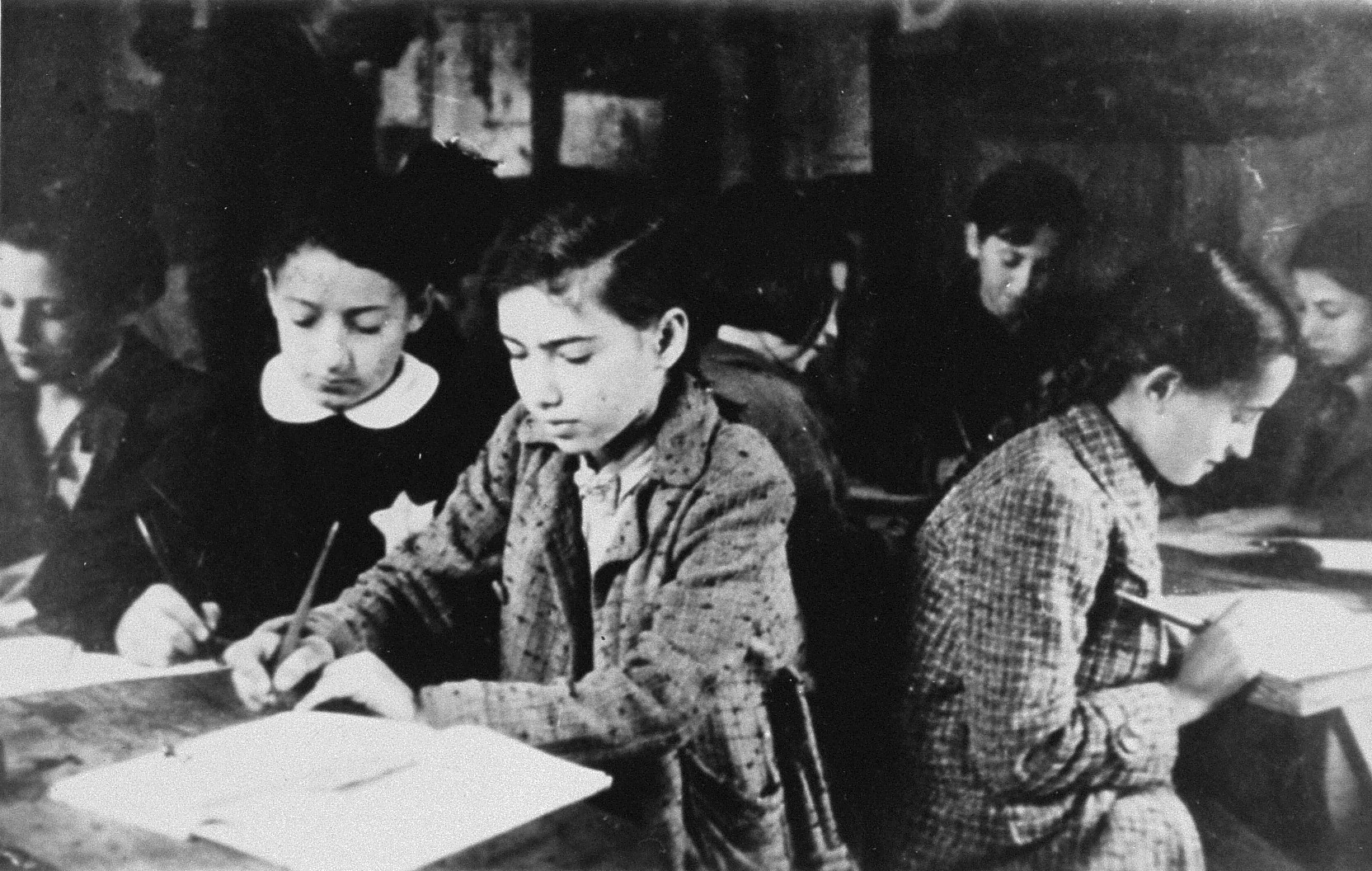 Children studying in a clandestine school in the Kovno ghetto.

Classes were held in a stable at 101 Kriktshukaitchiu Street. Among those pictured are Taiba Leibaite (far left), Basia Leibaite (second from the left), David Ackerman Falahi (in the back),and teacher Shmuel Rozental (in the background).

See Also "Kauen Main Camp" in Encyclopedia of Camps and Ghettos Volume 1 Part A.
Biography
Shmuel Rozental was born in 1903 in Vilkvishkis. His father was killed during the WWI, and his mother died soon after. Shmuel Rozental completed teachers college in Kaunas in 1927 and taught in Yiddish schools n Lithuania from 1927 until the German occupation in June 1941. Rozental served as principal of the Yiddish Shalom Aleichem primary School from 1931 till 1941. Before the German occupation, he and his wife Rone lived in Kaunas. After the creation of the ghetto in late summer, 1941, both joined the underground resistance movement. Shmuel established and taught in a clandestine Yiddish school, which was located in a stable, and Rona helped save Jewish children. In July 1944 both Shmuel and Rona were deported to concentration camps. Rona perished in Stutthof; Shmuel survived deportation to Dachau. After his liberation by the Americans, Shmuel returned to Lithuania only to be accused by the Soviets of spying for America. He was interrogated but then released. He later gained a position in the Ministry of Education in Vilnius in charge of Jewish schools. In autumn 1949 all Jewish schools and organizations were closed, and he lost his position in the Ministry. He had to take other jobs with lower pay. In the sixties he became involved in the amateur Jewish theater, and he died in April 1984 in Vilnius.