American soldiers execute SS camp guards who have been lined up against a wall during the liberation of the Dachau concentration camp. 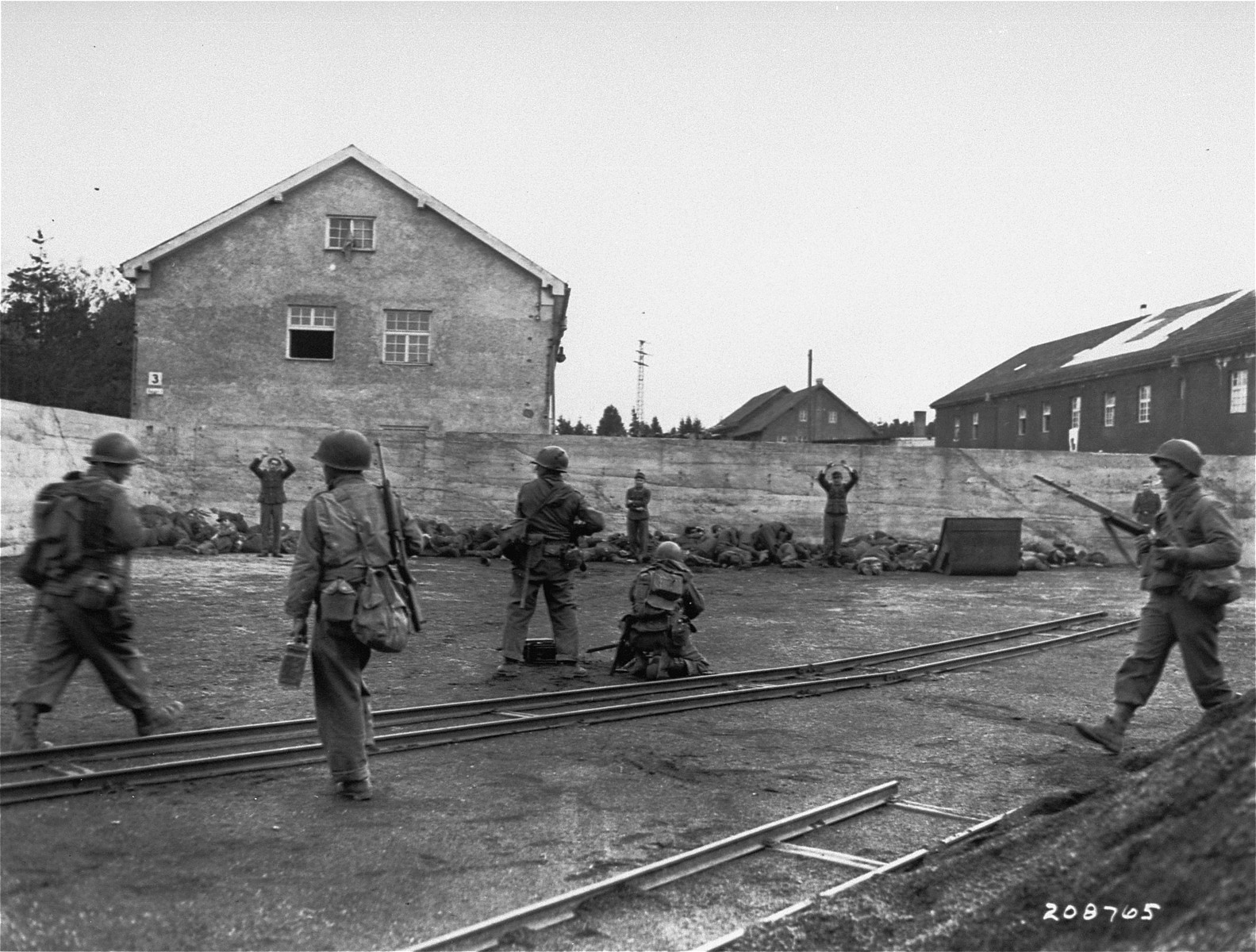 American soldiers execute SS camp guards who have been lined up against a wall during the liberation of the Dachau concentration camp.

Among those pictured is Pfc. John Lee (far right).