Defendant Hans Frank, the former Governor General of the Polish occupied territories, in his cell at the International Military Tribunal trial of war criminals at Nuremberg. 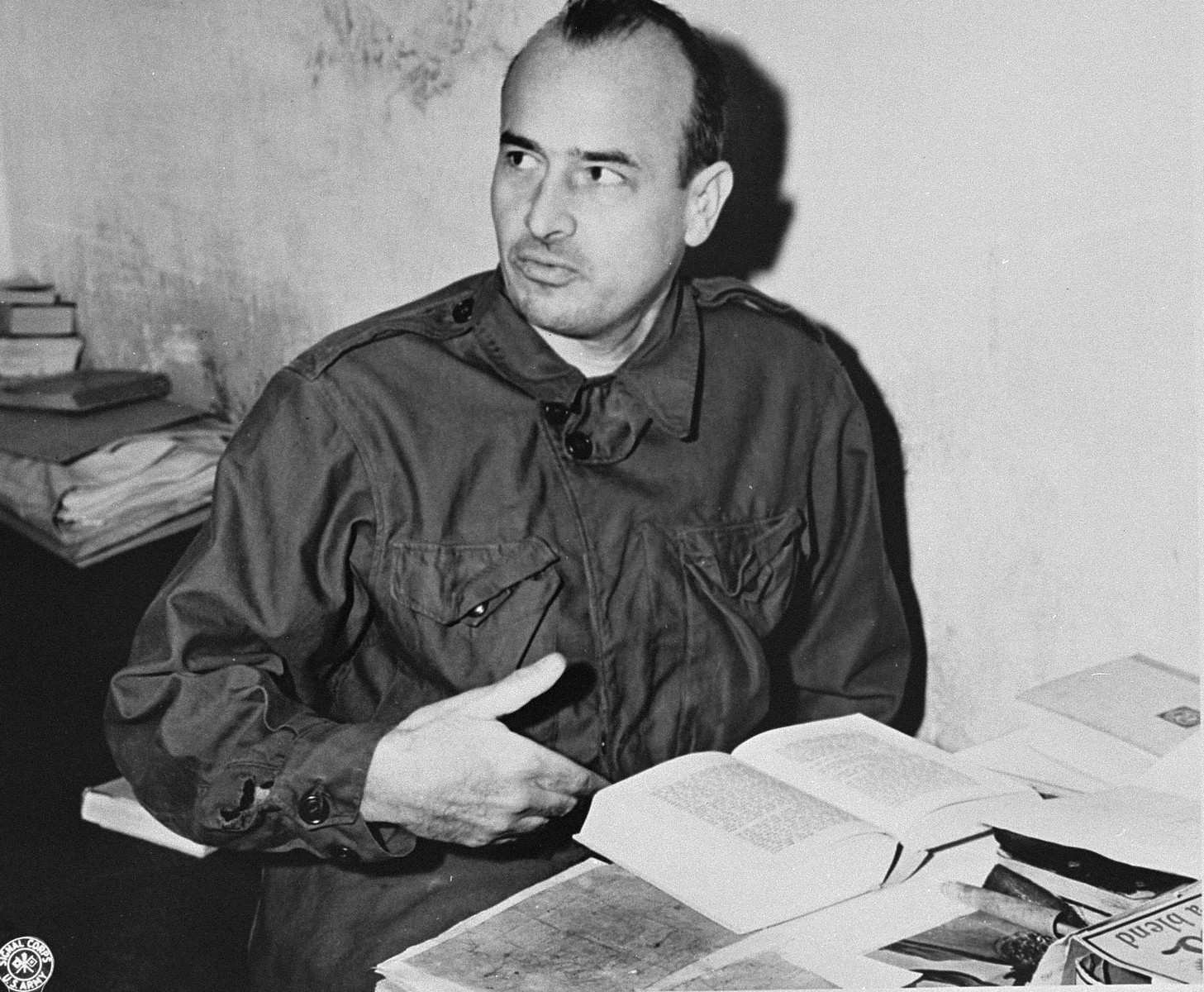 Defendant Hans Frank, the former Governor General of the Polish occupied territories, in his cell at the International Military Tribunal trial of war criminals at Nuremberg.

https://encyclopedia.ushmm.org/content/en/article/international-military-tribunal-at-nuremberg.
Biography
Hans Frank (1900-1946), Governor-General of Poland and Hitler's personal attorney. Frank joined a Freikorps unit to fight the Communists, after serving just one year in World War I. In 1919 Frank joined the Deutsche Arbeiterpartei, which was later absorbed into the NSDAP. In 1923 he participated in the Beer Hall Putsch as a stormtrooper. In 1926 he passed the bar exam and soon became a star lawyer for the NSDAP, successfully defending Hitler on more than one hundred occasions. He was rewarded with high positions such as Reich Minister of Justice, President of the Academy of German Law, and President of the International Chamber of Law. Frank also became head of the NSDAP legal office and took charge of the research to prove Hitler was not a Jew. In October 1939, soon after the outbreak of World War II, he was named Governor-General of occupied Poland. He was responsible for the exploitation of the civilian population, both Jews and non-Jews; the plundering of Polish cultural treasures for his personal benefit; and the deportation and execution of Jews. He was never included in Hitler's inner circle because Hitler mistrusted lawyers and rejected his middle-class background. In 1942, in a lecture to university students, Frank called for a return to constitutional law, a statement which led to his demise. He was stripped of all party honors and legal positions, except for Governor-General of Poland, because Hitler considered it the worst possible job. After the war Frank converted to Catholicism and confessed his guilt before the International Military Tribunal in Nuremberg. He accused Hitler of deceiving the German people, but he was not spared from a death sentence on three counts of war crimes and four counts of crimes against humanity. He was executed on October 16, 1946.
[Sources: Encyclopedia of the Third Reich; Who's Who in Nazi Germany]