The defendants and their lawyers at the International Military Tribunal trial of war criminals at Nuremberg. 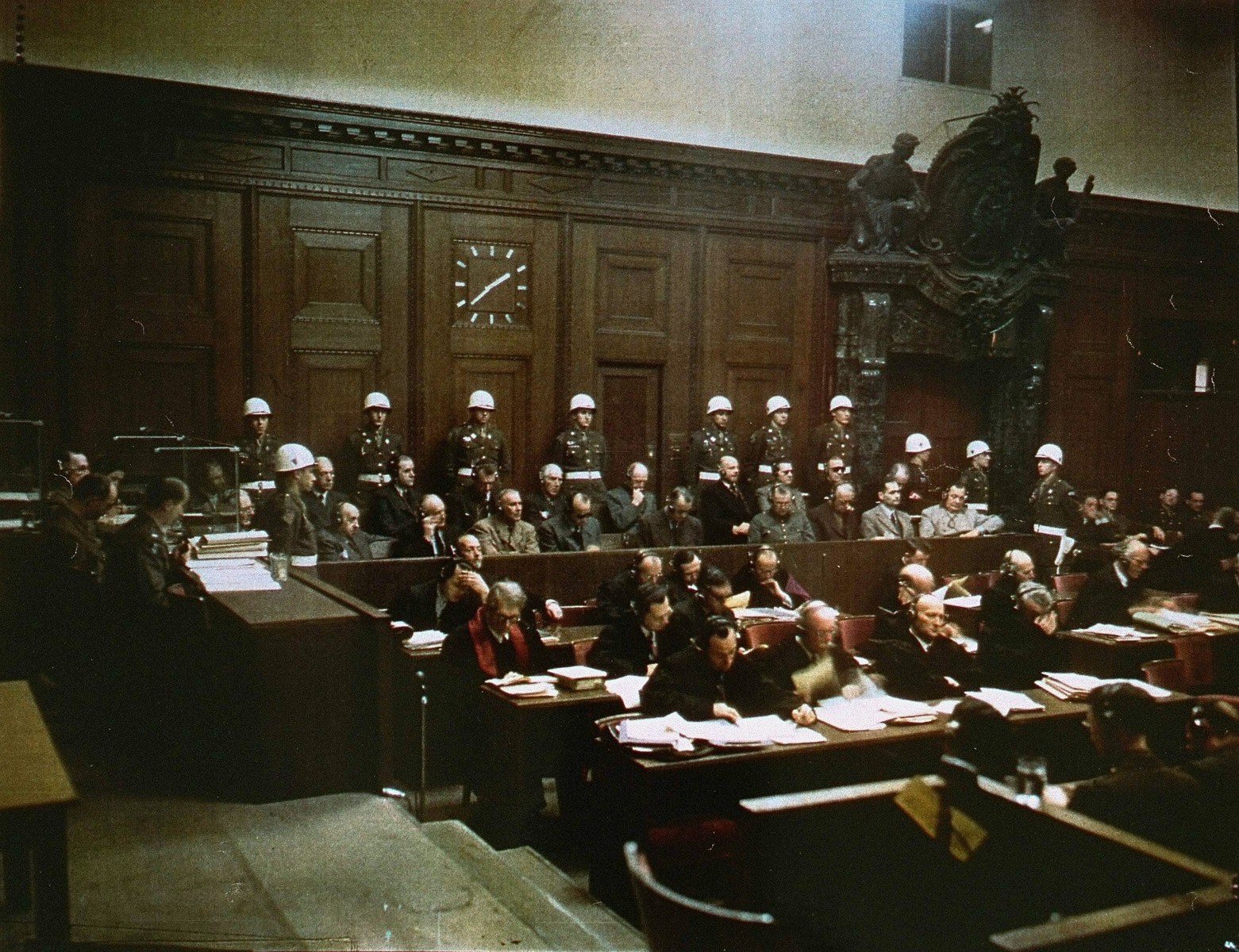 The defendants and their lawyers at the International Military Tribunal trial of war criminals at Nuremberg.

The judges delivered their verdict on October 1, 1946. Agreement among three out of four judges was needed for conviction. Twelve defendants were sentenced to death, among them Joachim von Ribbentrop, Hans Frank, Alfred Rosenberg, and Julius Streicher. They were hanged, cremated in Dachau, and their ashes were dropped in the Isar River. Hermann Goering escaped the hangman's noose by committing suicide the night before. The IMT sentenced three defendants to life imprisonment and four to prison terms ranging from 10 to 20 years. It acquitted three of the defendants.
https://encyclopedia.ushmm.org/content/en/article/international-military-tribunal-at-nuremberg.