Constantin Freiherr von Neurath and Otto Meissner stand behind Adolf Hitler during his speech to the diplomatic corps at a New Year's reception. 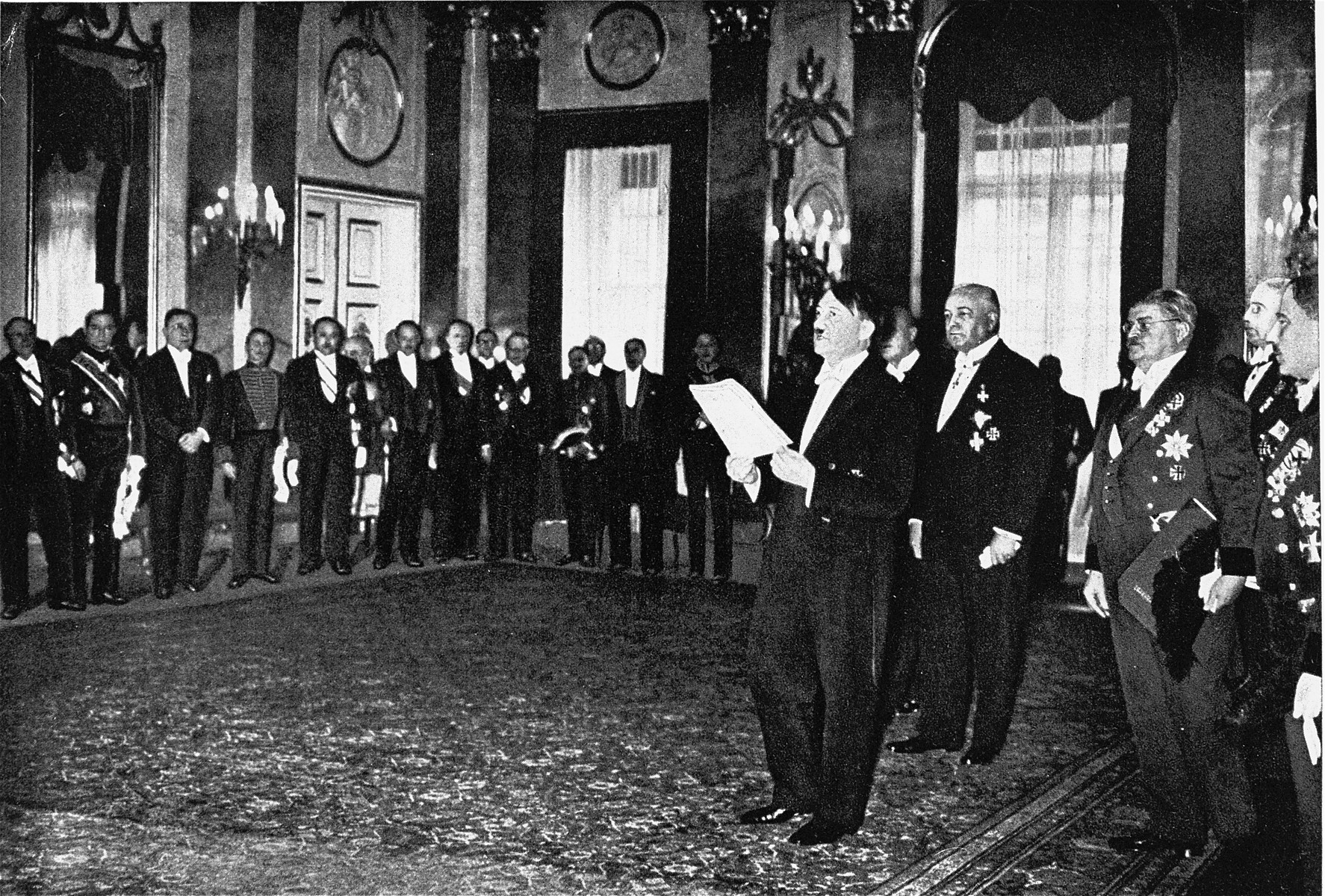 Constantin Freiherr von Neurath and Otto Meissner stand behind Adolf Hitler during his speech to the diplomatic corps at a New Year's reception.

Biography
Constantin Freiherr von Neurath (1873-1956), German foreign minister (1932-1938) and Reich Protector of Bohemia and Moravia (1939-1941). Von Neurath entered the foreign service in 1901. He served in various consular posts until 1932, when he was appointed foreign minister in Franz von Papen's cabinet. At President Hindenburg's insistence, von Neurath was retained in this position under the von Schleicher government and the Hitler regime. Because of his reluctance to pursue Hitler's aggressive foreign poilcy, von Neurath was dismissed from his post in 1938. He was named Reich Protector of Bohemia and Moravia and was responsible for dissolving the Czech parliament and political parties, abolishing freedom of the press, and instituting the Nuremberg Race Laws. In 1941 von Neurath was replaced by Reinhard Heydrich and made an SS general (Obergruppenfuehrer). At Nuremberg, he was sentenced to 15 years in prison. He was released in 1954 due to ill health and died in 1956.