SS guards walk along the arrival ramp at Auschwitz-Birkenau. 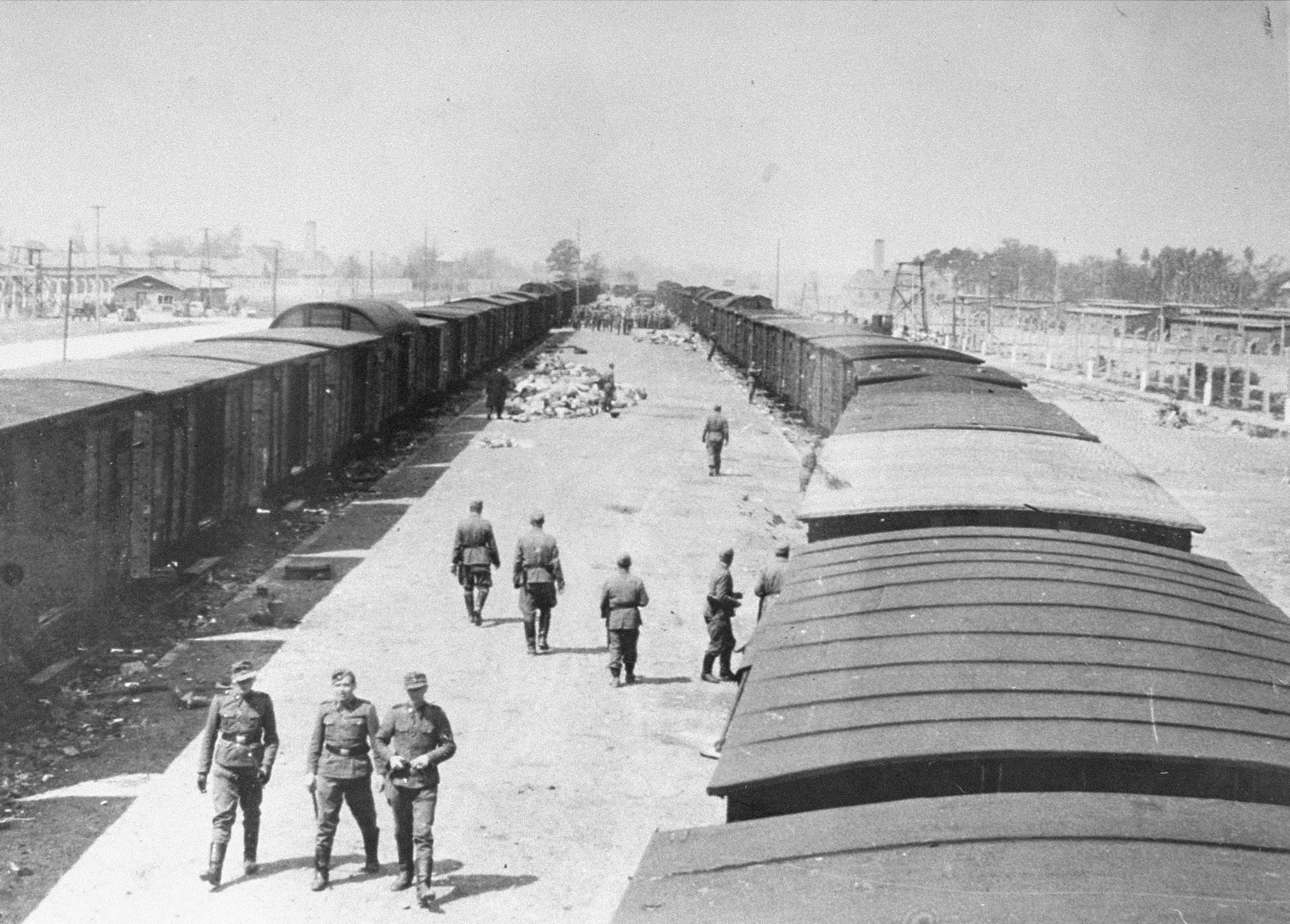 SS guards walk along the arrival ramp at Auschwitz-Birkenau.

The Birkenau arrival ramp was completed only weeks before this photo was taken. Formerly the deportation trains arrived at a ramp that was half a mile away. Crematoria II and III can be seen in the far background.