German civilians carry a coffin containing the corpse of a prisoner exhumed from a mass grave near Schwarzenfeld through the town cemetery. 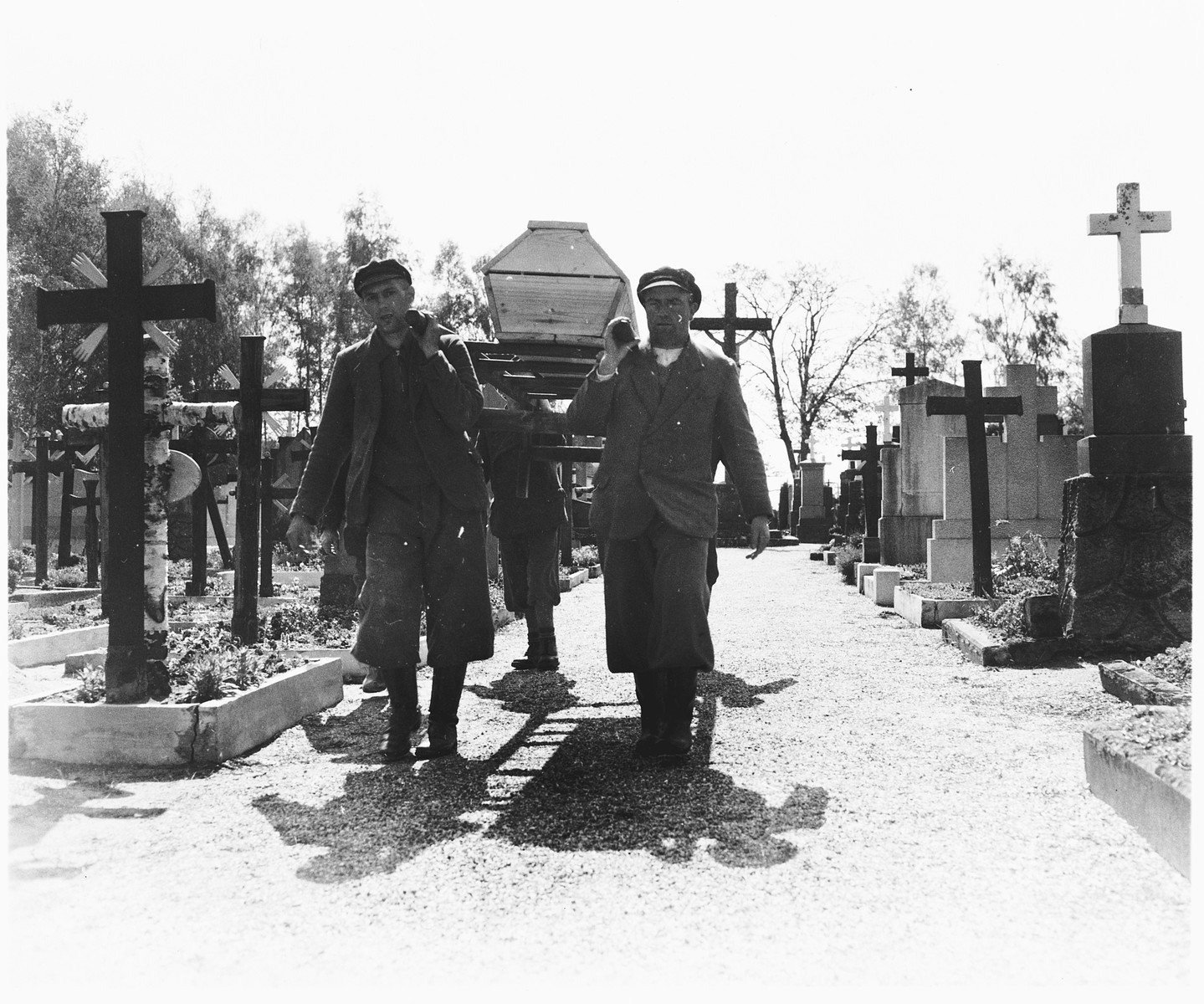 German civilians carry a coffin containing the corpse of a prisoner exhumed from a mass grave near Schwarzenfeld through the town cemetery.

The victim was one of 140 Hungarian, Russian, and Polish Jews killed while on an evacuation transport from the Flossenbuerg concentration camp.