Sign on prow "Haganah Ship Exodus 1947." Children watch from section of bombed out ship. Beleaguered women and children sit on ground. Injured carried away on stretchers. 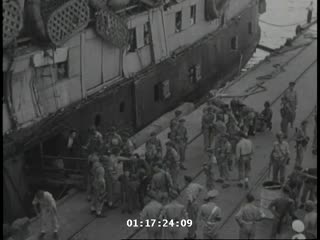