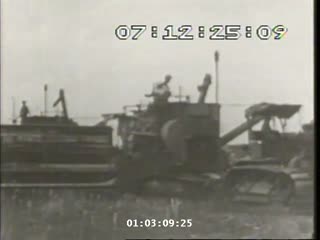 Legal Status
Permanent Collection - not accessioned
Note
See Film IDs 522 and 2309 for complete copies of this film.
See Film ID 400 for Morris Troper's film about his 1936 trip to the Russian colonies in the Crimea. Some of those scenes appear in "Founding a New Life."
Copied From
16mm
Film Source
National Center for Jewish Film
File Number
Legacy Database File: 1025

Copyright
Copyright. American Jewish Joint Distribution Committee
Conditions on Use
The American Jewish Joint Distribution Committee (JDC) (archives@jdc.org) film materials are on permanent loan to the National Center for Jewish Film (pontius@brandeis.edu) from whom the materials can be licensed.
Record last modified: 2020-02-04 10:38:55
This page: https://collections.ushmm.org/search/catalog/irn1000535