Slave labor, workshops, atrocities and leaders of camp are highlighted during war and at liberation.

01:01:09 Scrolling text, camp/place names superimposed over shots of atrocities, titles and credits. 01:03:49 AV Town and camp of Jasenovac, ruins of town. More scrolling text, HAS of photographer Steiner, (survivor/witness?) 01:06:33 MS of rounded up men being brought into labor camp by both German and Ustasa, archway of labor camp. 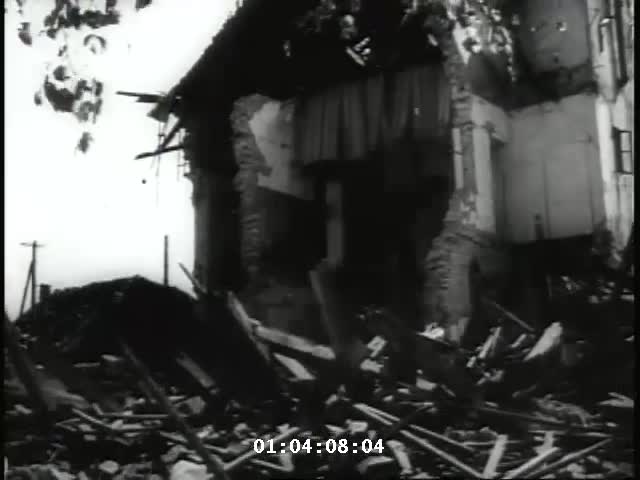