Good views of Ebensee concentration camp, electrified barbed wire fence, barracks. Men carry large pots of soup. Survivors walk past camera in striped uniforms, one is quite young. CUs, survivors, some with red triangles, eating. Pan, emaciated inmates, some lying on stretchers. American soldiers with the US Air Force and USAF ambulances in the BG. Soldiers (some African-Americans) help the sick on stretchers into ambulances. HAS single chimney smokestack from crematorium building. Group of soldiers converse near military vehicles. Rows of graves, many with Star of David. Young men smoke cigarettes and speak with soldiers, CUs as they demonstrate. Repeat shots of camp environs with men carrying food pails, survivors eating, and the sick on stretchers. Removing folded stretchers from ambulance with Red Cross. Overloaded wagon with furniture. Jesus statue. Man in a barracks window. Boys eat from bowls. Men pick up stones from the ground. "Greek Commission" painted on military car. Mountains. Entrance to camp. Men converse by military vehicles. Scorched camp building. Rows of graves. Caring for the sick. Camp nestled in pine tree groves. Quick shot of words painted on exterior of barracks. Group of survivors pose for a photograph (notice camera and metal flash). More repeat/similar shots. HAS of Ebensee camp behind barbed wire fencing. Man in guard house with a "P" armband.

(Black and white) Inspection of crematorium. US soldiers show bones and ashes. Empty Zyklon B canisters. 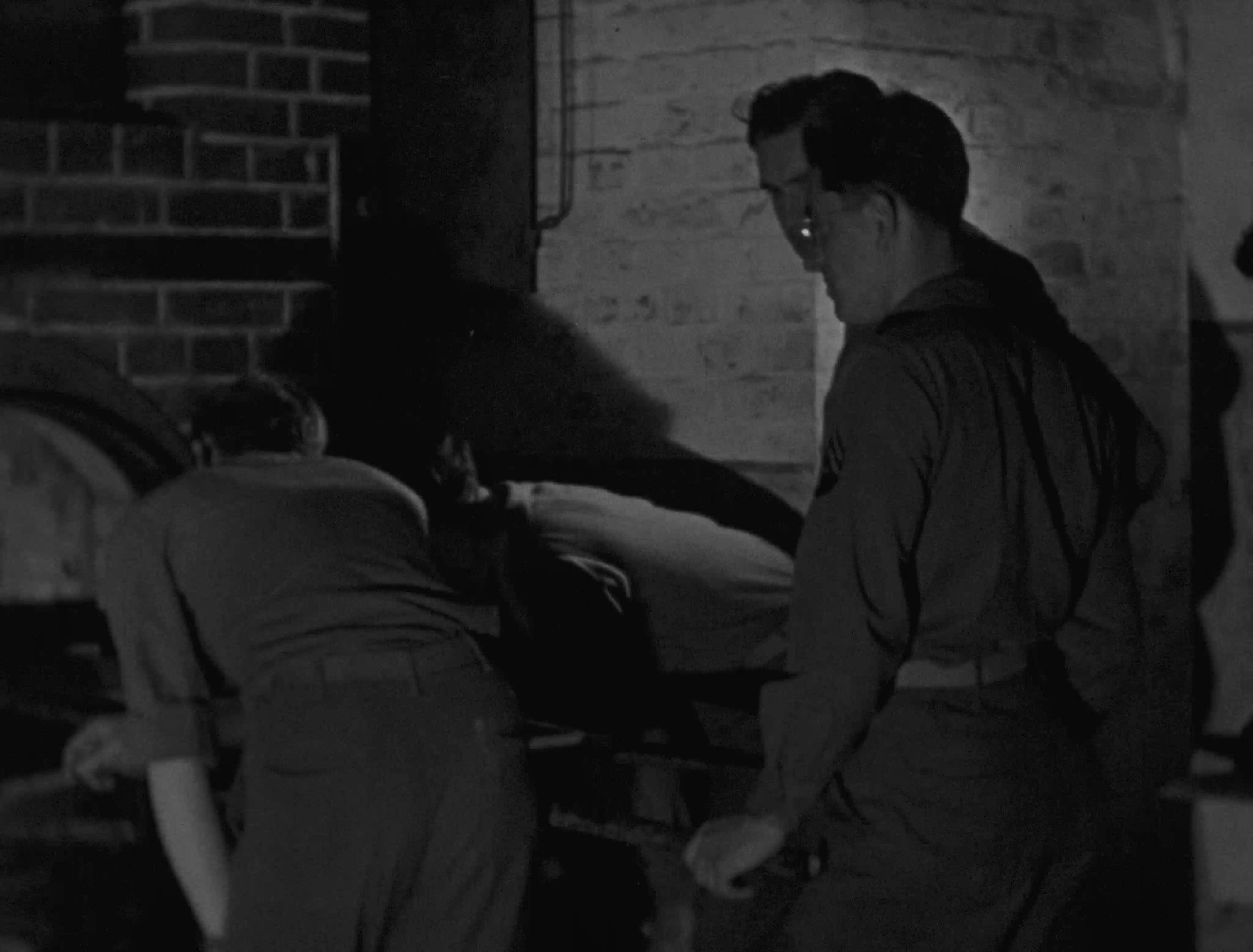 Biography
Arthur L. Zegart (1917-1989) was born in Chicago and attended the University of Chicago. During World War II, he was part of a U.S. Army Air Force combat photography unit. He covered postwar relief and refugee efforts by UNRRA and the JDC in Czechoslovakia and Austria. He became chief of the United Nations film division in the late 1940s. Later, Zegart was involved in the production of 125 documentaries, many of which he wrote and directed for network television. These 16mm films were stored in his basement for years.

Legal Status
Permanent Collection
Film Provenance
The United States Holocaust Memorial Museum purchased film excerpts from the National Center for Jewish Film via a transfer at John E. Allen, Inc. in November 1992.
Note
It is likely that Arthur Zegart recorded the liberation with color film stock provided by the US Army Air Force. The Ebensee Concentration Camp was part of the Mauthausen network. Slave laborers were worked to death digging tunnels for armaments storage. The camp was liberated by American soldiers on May 8, 1945.

Arthur L. Zegart was part of a US Army Air Force combat photography unit during World War II. He covered postwar relief and refugee efforts by UNRRA and the JDC in Czechoslovakia and Austria. He became chief of the United Nations film division in the late 1940s. His 16 mm films of the liberation of Ebensee camp and Jewish displaced persons crossing the Alps to find freedom in Palestine were stored in his basement for years.

**There are burn-in time codes on the intermediate Betacam SP (Protection) video. A clean copy must be ordered directly from NCJF.** Refugees getting on board buses and trains, UNRRA officials help. Refugees waiting at the border at Nachod, a village on the Czech/Polish border. Reception center at Bratislava. 11:07:25 Groups of DPs (Bricha Underground) crossing the Alps from Gnadenwald, Austria to Italy in February 1948. Many shots of walking up paths, climbing slopes, jumping over streams, sheltering under a bridge. Arriving at foot of mountain, getting instructions.