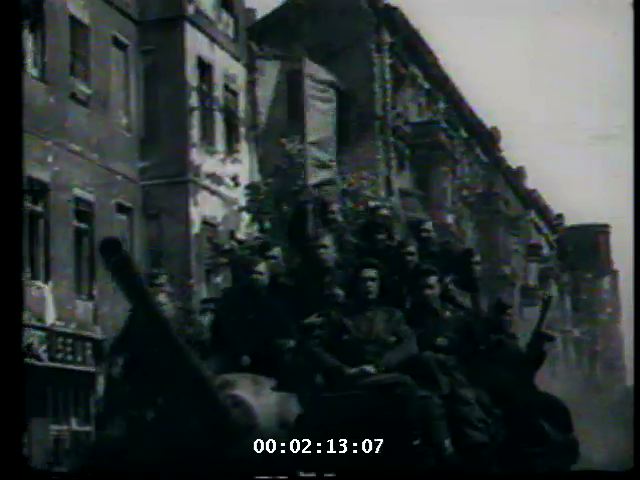 Legal Status
Permanent Collection
Film Provenance
This film was donated by Sovexportfilm via the Embassy of the USSR on October 8, 1981. Two film reels: "Byla na zemle derevnia Krasuha" were stored at MARS (a division of the National Park Service) prior to the opening of the United States Holocaust Memorial Museum under MARS accession numbers 145x-8 and 145x-9; six film reels: "Sud Narodov" were stored under MARS accession numbers 145x-5, 145x-11, 145x-3, 145x-7, 145x-10, 145x-4. The films were transferred to the Steven Spielberg Film and Video Archive when the Museum's Collections Division and its departments were established in the 1990s.
Note
See Film ID 215 for the second half of this film.
There are no burn-in time codes on the VHS user copy.
Film Source
Sovexportfilm
File Number
Legacy Database File: 2265