Hanna, the wife of medical doctor Thomas Heyt, suffers from multiple sclerosis. He decides to 'redeem' her through a sleeping draught, giving her a 'merciful death.' Hanna thus voluntarily and peacefully ends her own life after unbearable suffering. Dr. Heyt's friend and colleague Dr. Lang (Mathias Wiemann) denounces him to the police, but changes his mind when a child he saved from death becomes mentally disabled. A court jury comprised of a cross-section of German society discusses all the moral, religious, and medical arguments in favor of and against euthanasia. Dr. Heyt argues, with great emotion, that the current laws are inhumane. The audience is left to decipher whether euthanasia is right or wrong. This feature film was intended to stress the individual and emotional level of euthanasia as a "right to die" and distract attention from the large-scale operations of non-voluntary euthanasia that were conducted secretly.

T4, the secret, non-voluntary euthanasia program which began in September 1939, killed Germans considered unworthy of life. Heavy protests by the Catholic church were largely responsible for bringing the program to its official end in August 1941. Hitler ordered this Staatsauftragsfilm [film commissioned by the state] in 1940 to increase approval for a planned Nazi law allowing the legal extermination of people with mental or physical disabilities and hereditary diseases. At the same time, the government attempted to veil its participation in the making of the film and ordered the press not to discuss it before the premiere. Classified as an entertainment movie, the film passed censorship on August 15, 1941 without any cuts and premiered on August 29, 1941 at the Capitol in Berlin. It was honored with the distinction "kuenstlerisch besonders wertvoll" [especially artistically valuable] and "volksbildend" [educating the people]. According to the Meldungen aus dem Reich [Reports from the Reich] compiled by the Sicherheitsdienst [Security Service of the SS], most of the German population reacted overwhelmingly positively to the proposed "right to die," especially members of the medical profession and the lower classes. A few protests from officials of the Catholic and Protestant Church and reluctance in some intellectual circles were recorded. The film cost RM 960,000 for production and gained an estimated profit of RM 3,641,000 over the years of screening by attracting as many as 15.3 million visitors. 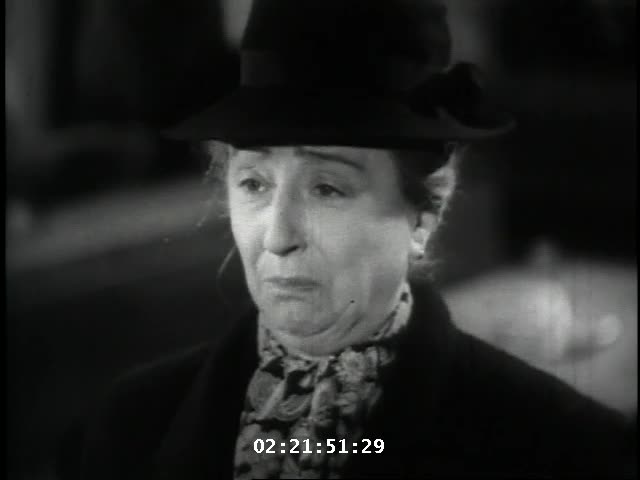 Legal Status
Permanent Collection
Film Provenance
The United States Holocaust Memorial Museum purchased the films from the Library of Congress in October 1994.
Note
The film was shown successfully in Greece, Bulgaria, Denmark, Sweden, Prague, Metz, and Switzerland (before it was banned there in 1942). There were special screenings for Nazi party officials and members of the medical and juridical professions (for example, in Breslau). In 1942, the film was banned for the youth (under fourteen years). In 1944, it was censored again and scenes from the final deliberations of the jury were cut (from 3407m to 3379m). In 1945, it was banned by the Allied Governments of Germany. In 1947, the movie was screened at the Doctors' Trial in the subsequent Nuremberg proceedings, on demand of the defense. However, it was not admitted as evidence.

Wolfgang Liebeneiner, the director, received a special bonus of RM 30,000 from Goebbels and won an award at the Biennale in Venice in 1941.