Documentary on the life of Chaim Weizmann.
(1874-1952) Weizmann was a scientist, president of the World Zionist Organization during the Nazi era and the first president of Israel. He met with world leaders to protest the racial persecution of the Jews in Germany and elsewhere. His efforts to organize rescue plans and to influence the British to relax immigration restrictions were rejected by the British.

The Jewish Agency's Department for the Settlement of German Refugees.
In August 1933, the Zionist Congress nominated Weizmann, to head the Jewish Agency's Department for the settlement of German Refugees. His first action was to try to coordinate and streamline all Jewish relief activities. His efforts met with little success. Weizmann opposed mere philanthropy; he always wished to bring about an organized, carefully controlled immigration of German Jews and other refugees to Palestine. Nevertheless, in light of the increased persecution of German Jews, he did not adopt a rigid policy. On the contrary, he hoped that a large influx of immigrants would greatly enhance the Zionist enterprise in Palestine. He felt that the young Jews, who had no future in Germany, should be given preference and that as much of their property as was possible to save ought to be transferred to Palestine. Although he was not personally involved in the details of the Haavara agreement, he supported it.

Efforts to Blunt the Persecution of German Jewry.
Returning to office as president of the World Zionist Organization in 1935, Weizmann used his diplomatic connections to try to blunt the racial persecution of Jews. Shortly after Hitler assumed the chancellorship in 1933, Weizmann had met with Ramsay MacDonald, the prime minister of Great Britain, and other British ministers. He also turned repeatedly for help to Benito Mussolini, Jan Christian Smuts (the prime minister of South Africa) and to French diplomats.

Pledging Jewish Cooperation in the War Against Germany.
On the eve of World War II, Weizmann pledged full Jewish cooperation against Hitler to the British prime minister, Neville Chamberlain, and he proposed the establishment of a Jewish fighting division under its own flag within the British military forces.

Rescue Efforts During the War.
As the Nazi destruction of European Jewry proceeded, Weizmann was involved in trying to organize rescue efforts, all declined by Great Britain. An example was his plea, in September 1939, for the suspension of the White Paper regulations severely limiting Jewish immigration to Palestine. In February 1943 Great Britain also rejected a proposal from the Romanians, pursued by Weizmann, asking for $3.5 million as "security" in exchange for transferring 70,000 Jews to a place of refuge. In July 1944, Weizmann met with British foreign secretary Anthony Eden and pleaded for a positive response to the Brand mission, if only to gain time. His plea did not result in any action being taken. He also requested the bombing of the extermination camps. The British replied that technical difficulties made this unfeasible.

Postwar Activities.
After the war, Weizmann, ill and half - blind, was shunted to the periphery of the Zionist movement by David Ben - Gurion and Abba Hillel Silver. In December of 1946 he was removed from the presidency of the World Zionist Organization. Nevertheless, he continued to perform indispensable services for the movement, and when the state of Israel was established he was appointed its first president. In 1949 he published his autobiography, Trial and Error. 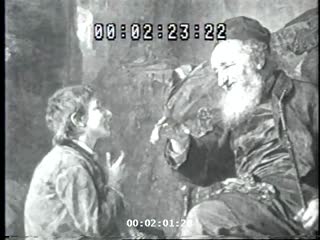