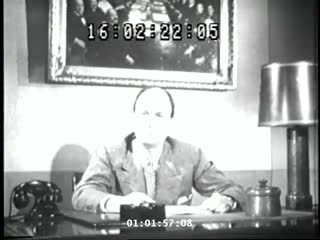 Film Title
Report on the Living

Copyright
Copyright. American Jewish Joint Distribution Committee
Conditions on Use
The American Jewish Joint Distribution Committee (JDC) (www.archives.jdc.org) film materials are on permanent loan to the National Center for Jewish Film (www.jewishfilm.org) from whom the materials can be licensed.
Record last modified: 2020-02-04 10:39:39
This page: https://collections.ushmm.org/search/catalog/irn1002077