Includes title of the film and intertitles. From opening credits of the film (Foreword): "American Jews at the outbreak of the World War in 1914, organized the American Jewish Joint Distribution Committee (JDC) to aid the Jewish masses overseas suffering from war, pogroms, famine and pestilence. The following episodes depict the activities in Russia only."

Brief shots of Felix Warburg and Julius Rosenwald, to whose memory the film is dedicated. Stills of other JDC officials and footage of the members of the JDC relief unit sailing for Russia. Dr. Rosen, organizer of Agro-Joint. Scenes of the terribly poor conditions the mission found in Russia. Ragged, dirty people (especially children), muddy streets and ramshackle houses. Shelters used by war refugees. Shots of the JDC headquarters in Moscow. Children eating food provided by the Joint. Orphans who have been housed an clothed by the JDC. Children at work in trade schools: sewing, carpentry, shoemaking. Home for the aged and poor.

Agro-Joint officers Rosen, Grower, Lubarsky and Troper in Moscow. Views of land in southern Russia where Jews were settled through a program of the Agro-Joint and the Soviet government. Colonists in temporary homes. Settlers make bricks and dig a well. First farming activities, aided by agricultural instruction. Women and men plant seeds, till soil, harvest and thresh grain. Lumber provided by the government for the colonists; homebuilding. Shots of one of the 300 colonies. More farming with equipment provided by the Joint. Good close-ups of soil being plowed for grape growing. Chickens, sheep, cows. Women work at a cooperative creamery. Goods brought to a cooperative store. Children studying, playing, and dancing the hora at a Joint-funded school. Exteriors and interiors of factories in Jankoi. Nice shots of young men at work. Morris Troper inspects a lathe in one shot. Women learning agricultural techniques. Hospital and dentist office. Well-drilling, irrigation, and electrification. More farming and harvesting. Farmers eat freshly harvested watermelon. One of the last intertitles notes that there are now some 300,000 Jews on three million acres of land in Southern Russia. 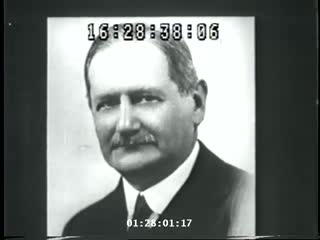 Legal Status
Permanent Collection
Film Provenance
The United States Holocaust Memorial Museum purchased this video collection from the National Center for Jewish Film for general reference in July 2000.
Note
See also Film ID 522 for another copy of this film, and 2291, Story 2520 for some duplicate footage.
See Film ID 400 for Morris Troper's film about his 1936 trip to the Russian colonies in the Crimea. Some of those scenes appear in "Founding a New Life."
Copied From
16mm
Film Source
National Center for Jewish Film
File Number
Legacy Database File: 2701

Copyright
Copyright. American Jewish Joint Distribution Committee
Conditions on Use
The American Jewish Joint Distribution Committee (JDC) (archives@jdc.org) film materials are on permanent loan to the National Center for Jewish Film (pontius@brandeis.edu) from whom the materials can be licensed.
Record last modified: 2020-02-04 10:39:39
This page: https://collections.ushmm.org/search/catalog/irn1002078