Part 2 (repeats some of Reel 7, part 1). Invasion of Czechoslovakia. A faked-looking photo of Stuckart and Globke at a conference relating to the future of the protectorate of Bohemia and Moravia. Film of a Jewish family of three as they leave their home, presumably to be deported. The narration says that this scene was filmed by an SS troop and discovered in Prague. The suitcases carried by the family are echoed in the next shot, which shows the piles of suitcases at Auschwitz. Spotlight on a document that purports to prove, by virtue of the fact that he was exempted from military service, that Globke was essential to the carrying out of deportations in Europe. Photos of locations where Globke vacationed are superimposed over footage of German soldiers on the Eastern front. 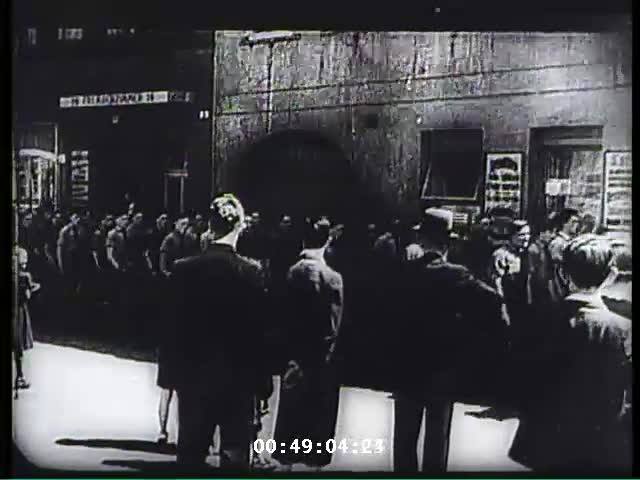