Large group of German SS stand in front of barracks at Belsen. According to the American Field Service (AFS) records, these SS men were transported out of the camp in AFS ambulances. A British soldier in a brown uniform smoking gestures at the group of SS. Rotated view of camp grounds with lush green trees. Camera shifts to the correct position to show a memorial sign erected in May 1945, "This is the site of the infamous Belsen Concentration Camp liberated by the British on 15 April 1945." Pan, barbed wire fence and camp ruins. Entrance gate open to dirt road and camp grounds. Brief view of another sign similar to the one seen earlier but in the German language. Pan of barracks and gravesites. Truck named "The Wombat" and AFS service member or British soldier. Pit. View of street in Belsen camp, guard towers, barracks, and sign, "Danger, TYPHUS." American black automobile with white star approaches gate and makes a turn. Several men stand around an ambulance. Two men (of Hungarian descent, according to AFS records) carry a stretcher with a body out of the barracks and load the ambulance. EXT, barracks and furniture debris. Survivors are carried on stretchers into ambulances. MS, women survivors (Russians able enough to leave) are helped into trucks. Aerial view of flames and smoke as barracks are burned due to the typhus epidemic and lice infestation. Various views of British flame-thrower tanks and men setting huts on fire, probably in May or June 1945. Soldier pushes bicycle through camp. 01:04:11 MS, Men carry stretchers to ambulances. A young girl in a red sweater stands to the right. Several ambulances drive out of the camp. 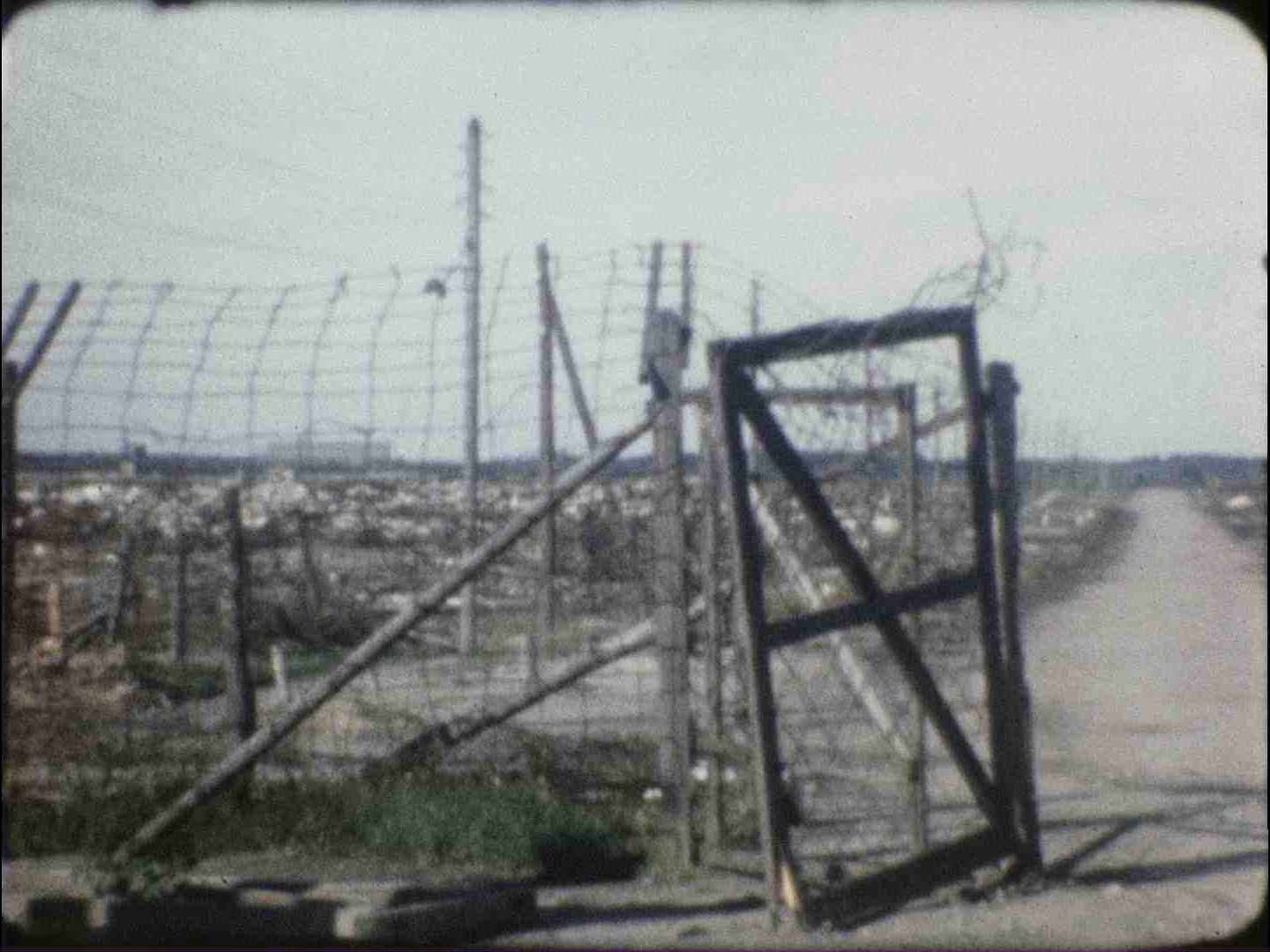 Credit
Archives of the American Field Service and AFS Intercultural Programs, with the assistance of USHMM

Legal Status
Permanent Collection
Film Provenance
Charles Henry Horton was an ambulance driver with the American Field Service (AFS) during World War II. The Charles H. Horton Collection contains several photographs, an 8mm film documenting some of the activities of AFS in Italy and France, and a second 8mm film documenting AFS ambulance drivers assisting the British forces after the liberation of the Bergen-Belsen concentration camp in Germany during World War II. The Charles H. Horton Collection was donated to the Archives of the American Field Service and AFS Intercultural Programs by Charles H. Horton in January 1995. The United States Holocaust Memorial Museum arranged a loan of the 8mm Belsen film and preserved and transferred the film to 16mm and digital formats in June 2014.
Note
AFS officers pictured include Jim Briggs and J. Greene.