Antisemitic propaganda of Jews in the Warsaw ghetto

Jewish Council building, visitors. Inside the Chairman Adam Czerniakov's office. Meeting with Czerniakov at his desk, with candelabra. 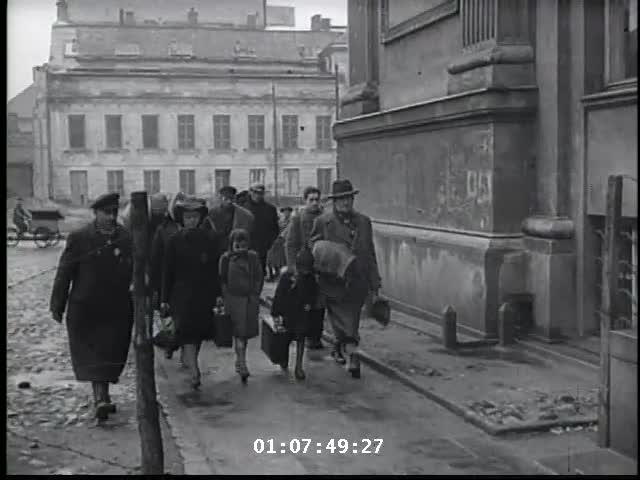