Trotsky and other Russian leaders

Russian Revolution. "Russian Republic" Bolsheviks. Opens with MS of an unidentified man in Russian army jacket speaking; then a group of Bolshevik leaders sitting at a long table in a meeting, Leon Trotsky among those present. Shot of 4 men standing outdoors, wearing uniforms in various states. 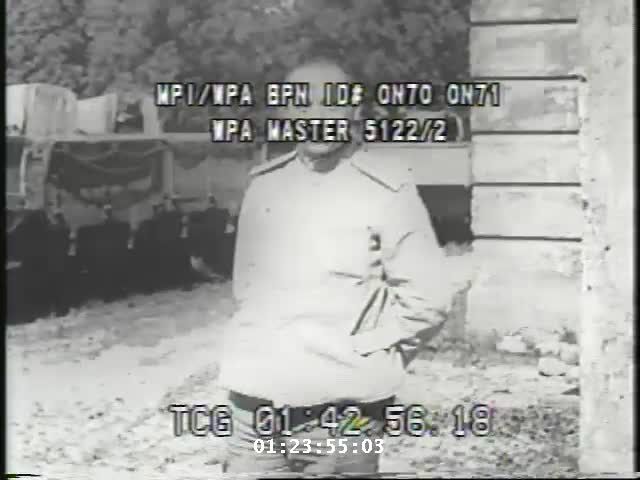