Info from the MOT story card: Hitler has given every man a job and new-found security, but at the expense of freedom. Demands of the Nazi state, glorified by Goebbels, are extremely exacting. Nothing must be wasted, "collections" are actually compulsory, youth is regimented, Jews and Communists are blamed for everything. In the US, Fritz Kuhn and his Bund flourish openly. But one American town, surfeited, refuses to allow a Bund camp to open. However, the shadow of the future lies not only over Germany but the whole of Europe. What will it bring forth? 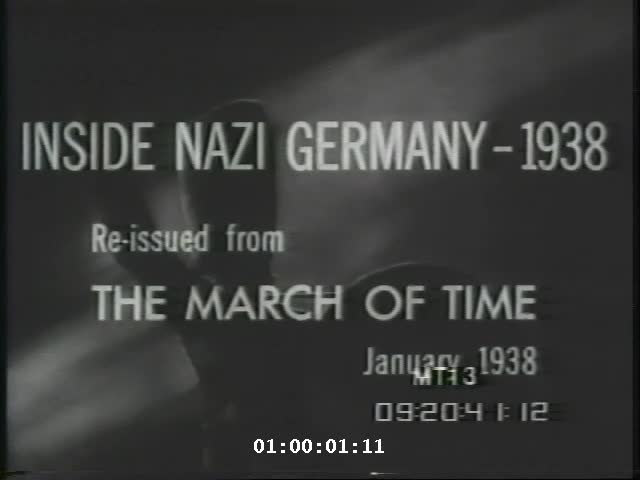