German soldiers, people leaving (unidentified locations). Civilians are lined up and gunned down by German soldiers [This scene seems highly edited - for instance, one cut appears to be German soldiers in a field with a machine gun killing civilians in the middle of a city. It is unclear whether this is real film or anti-German propaganda. It also could have been shot in a Jewish ghetto.] Execution by hanging: nooses are placed around the victims' necks, then the camera cuts to another shot (see Story 4913, Film ID 2910 for longer, better quality version of this hanging). Men of the SS-Galicia Waffen, Lviv (Ukraine).

Translation of Ukrainian narration: In the light of justice our collective conscience recalls the Ukrainian nationalists' felonious participation in crimes against their own people. 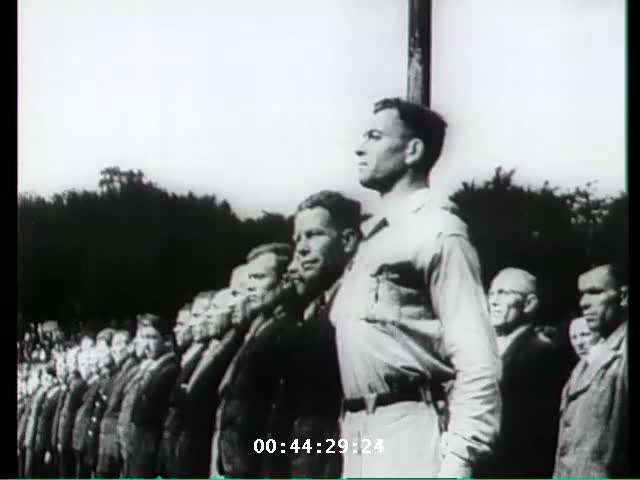 Film Title
In The Name of The Law